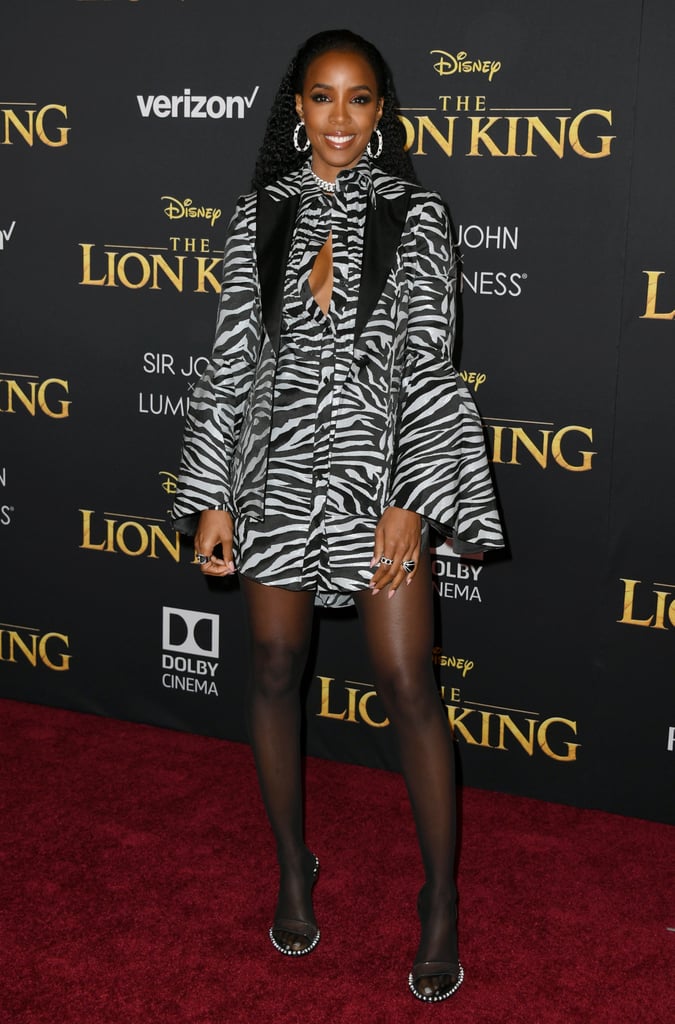 The Lion King world premiere in Los Angeles on July 9 wasn't without plenty of independent women. There were three women in particular, however, who made for a particularly heartwarming reunion: Kelly Rowland and Michelle Williams were both in attendance to support Beyoncé — resulting in the first public Destiny's Child reunion since Coachella in 2018.

In addition to her former group members, Beyoncé, who voices Nala in the modernized retelling of the beloved Disney movie, also had the support of her 7-year-old daughter, Blue Ivy Carter. The two even wore matching Alexander McQueen outfits! Kelly, meanwhile, brought her 4-year-old son, Titan Jewell Weatherspoon. Ahead, see photos of Kelly, Michelle, and Beyoncé looking glamorous on the red carpet.