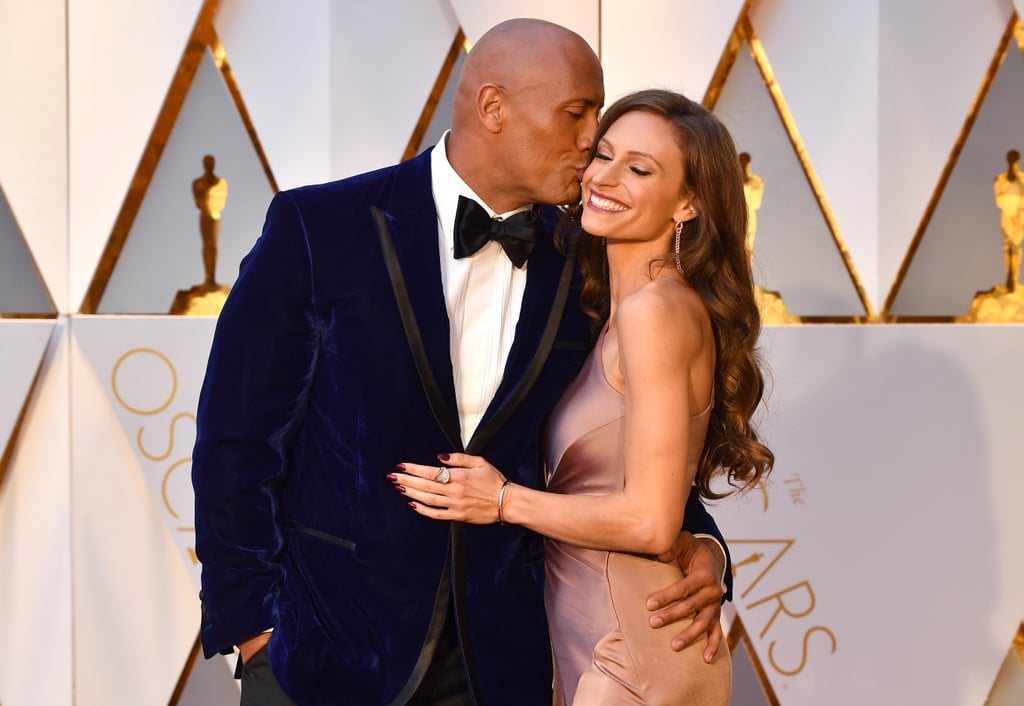 Dwayne Johnson tied the knot with longtime love Lauren Hashian on Aug. 18, and now the 47-year-old actor is opening up about the private ceremony. "I feel great! It was a beautiful ceremony and it was phenomenal," he told Access in a joint interview with his Jungle Cruise costar Emily Blunt over the weekend. "We kept it under wraps. It was very quiet, which was perfect."

Even though Emily wasn't able to attend because her e-vite "came way too late," Dwayne and Lauren's wedding reception actually took place in Kauai, two minutes from where Emily and husband John Krasinski lived when she filmed Jungle Cruise.

So, what's next for Dwayne and Lauren? Their honeymoon! While the actor didn't reveal where he and his other half are headed to, he did say their honeymoon is "going to be fantastic."

Dwayne and Lauren first met in 2006 on the set of his film The Game Plan and began dating a year later. They have two adorable daughters together, 3-year-old Jasmine and 1-year-old Tiana, and share Dwayne's 18-year-old daughter, Simone, from his previous marriage to manager Dany Garcia. See some of Dwayne and Lauren's cutest moments ahead!