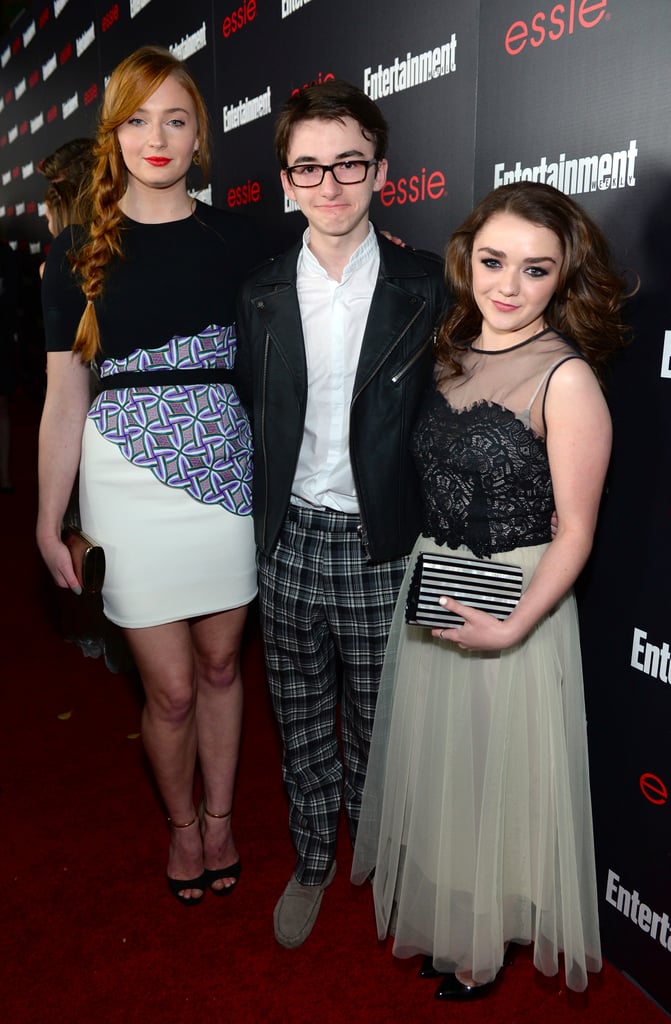 Game of Thrones has taken so much from the Stark family, but we have a feeling that no matter what other horrible things may happen in Westeros, nothing will be able to fully break them. Despite parents Ned and Catelyn being killed off a long time ago, as well as Robb (Richard Madden) and Rickon (Art Parkinson), their remaining children have never stopped loving each other (despite being separated by wars and thousands of miles). And it turns out that their bond is just as strong in real life.

Sansa (Sophie Turner), Arya (Maisie Williams), Bran (Isaac Hempstead Wright), and "bastard" Jon Snow (Kit Harington) — who isn't Ned's son, but nobody really knows yet — love getting together outside of work. Whether they're hitting a red carpet or just relaxing on a Friday night, we love their sibling-like bond. Keep scrolling to see some of their best moments together (some also feature more familiar Game of Thrones faces).