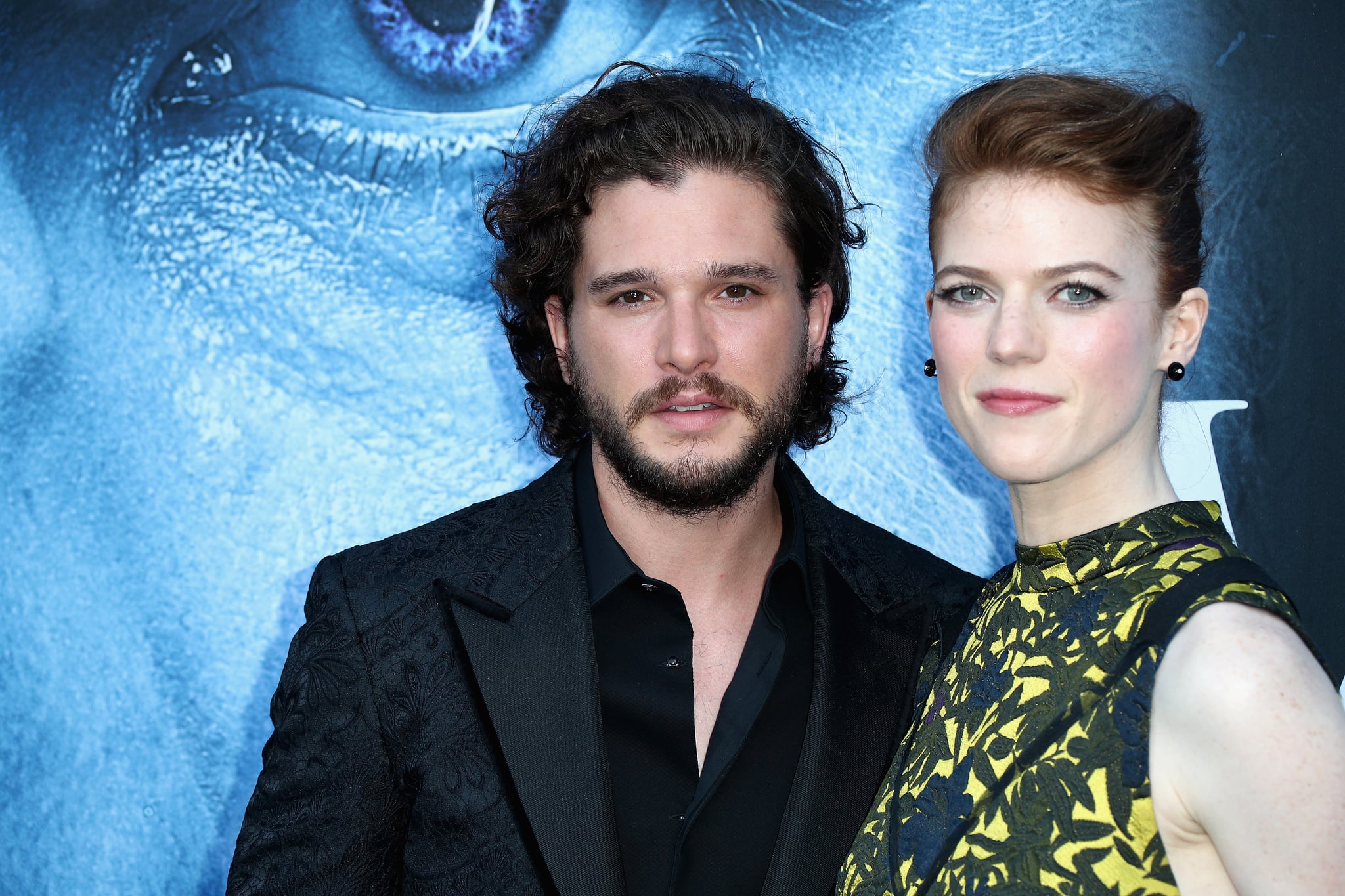 Kit Harington and Rose Leslie have kept most of their relationship out of the spotlight, but if you're a Game of Thrones fan, then you actually witnessed the moment they fell in love. While the couple, who recently became engaged, only went public with their relationship a year ago, their love story can be traced back to 2012. During season two of the show, Rose joined the cast as Ygritte and eventually became a love interest for Kit's Jon Snow. As their characters shared some major PDA on screen, the sparks between the two began to develop off screen as well. In fact, Kit's most memorable moments from the show are their scenes together.

"The three weeks in Iceland where we shot the second season," the actor said about his favorite memory on set. "Because the country is beautiful, because the Northern Lights are magical, and because it was there that I fell in love. If you're already attracted to someone, and then they play your love interest in the show, it becomes very easy to fall in love." From there, it didn't take long for a real-life romance to blossom.

While their relationship was a bit on and off from 2013 to 2014, they eventually made things red carpet official when they attended the Olivier Awards in London together in 2016. Fast-forward a year later, and the two revealed that they plan on getting married. Game of Thrones may have some tragic love stories, but it certainly gave us one of the sweetest celebrity couples.