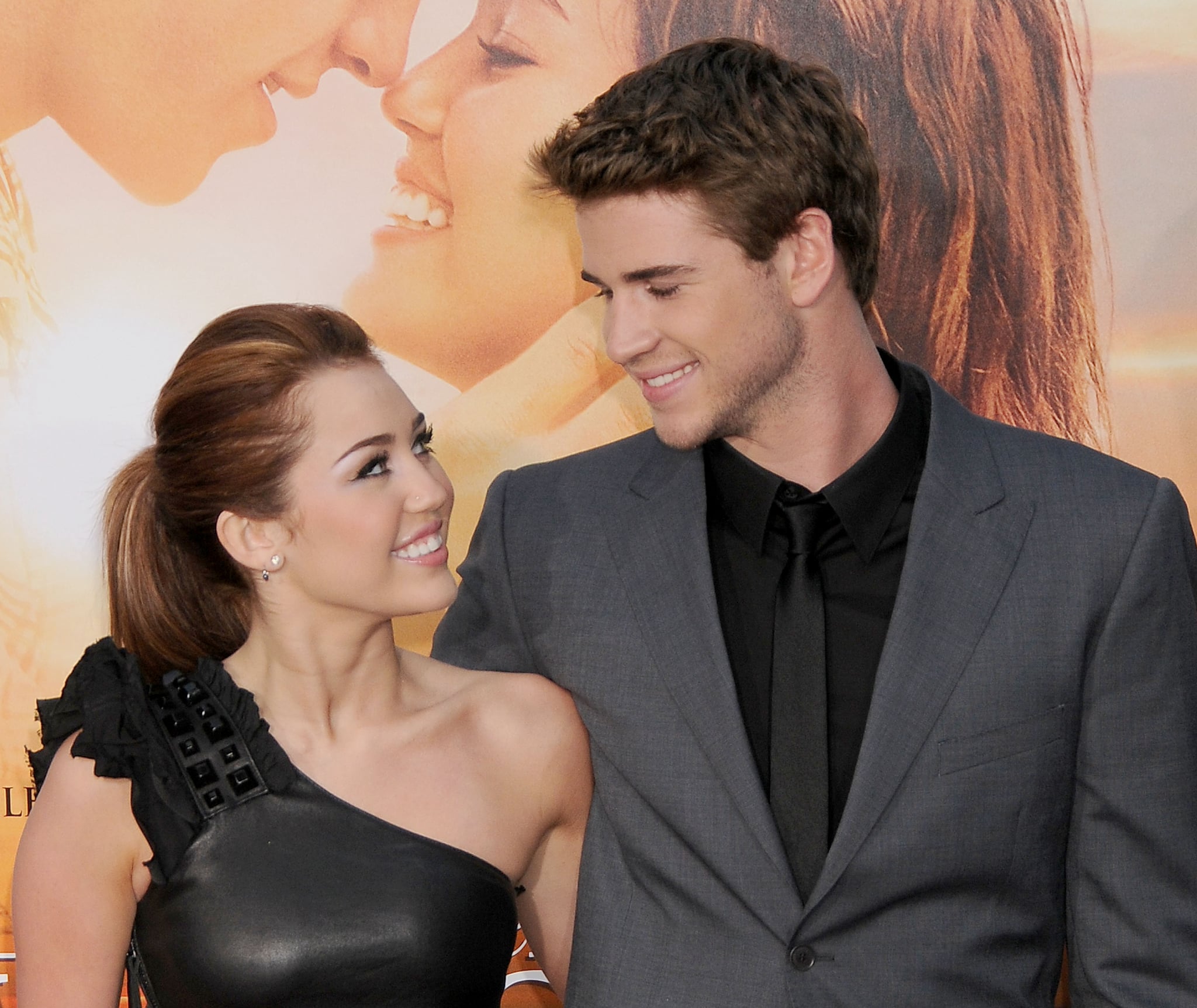 Almost 10 years later, Miley Cyrus and Liam Hemsworth have finally made their love official! On Dec. 23, the longtime couple tied the knot during an intimate ceremony with family and friends. The pair has developed an epic romance over the years, which is fitting seeing that their relationship first started on the set of a romance movie. The two first met on the set of Nicholas Sparks's film The Last Song in 2009, where they played star-crossed love interests. Though their chemistry was undeniable onscreen, it wasn't exactly love at first sight for Miley.

During an interview with Seventeen in 2009, Miley revealed she had a bad impression of Liam when they met. "I heard a rumor that he didn't really want the role, and so when he came in to audition for the role," she said at the time, "I'm thinking, here's this guy, he's amazingly good-looking, super-confident, and he doesn't realize how blessed he is to be in this room, because I know how blessed I am. This is such a big opportunity for both of us. And I was thinking, 'Ugh, gross,' you know?"

Related:
7 Times Miley Cyrus and Liam Hemsworth's Quotes About Each Other Hit You Like a Wrecking Ball

Of course, that all changed when she actually got to know Liam. "Then I started talking with him, and he was just the most genuinely precious, sweet person," she continued. "And the second audition comes around, and the chemistry was instant. From the time he walked in that door and we saw each other again, we [both] lit up, and we were excited to get work and learn together." From there, the rest is history!