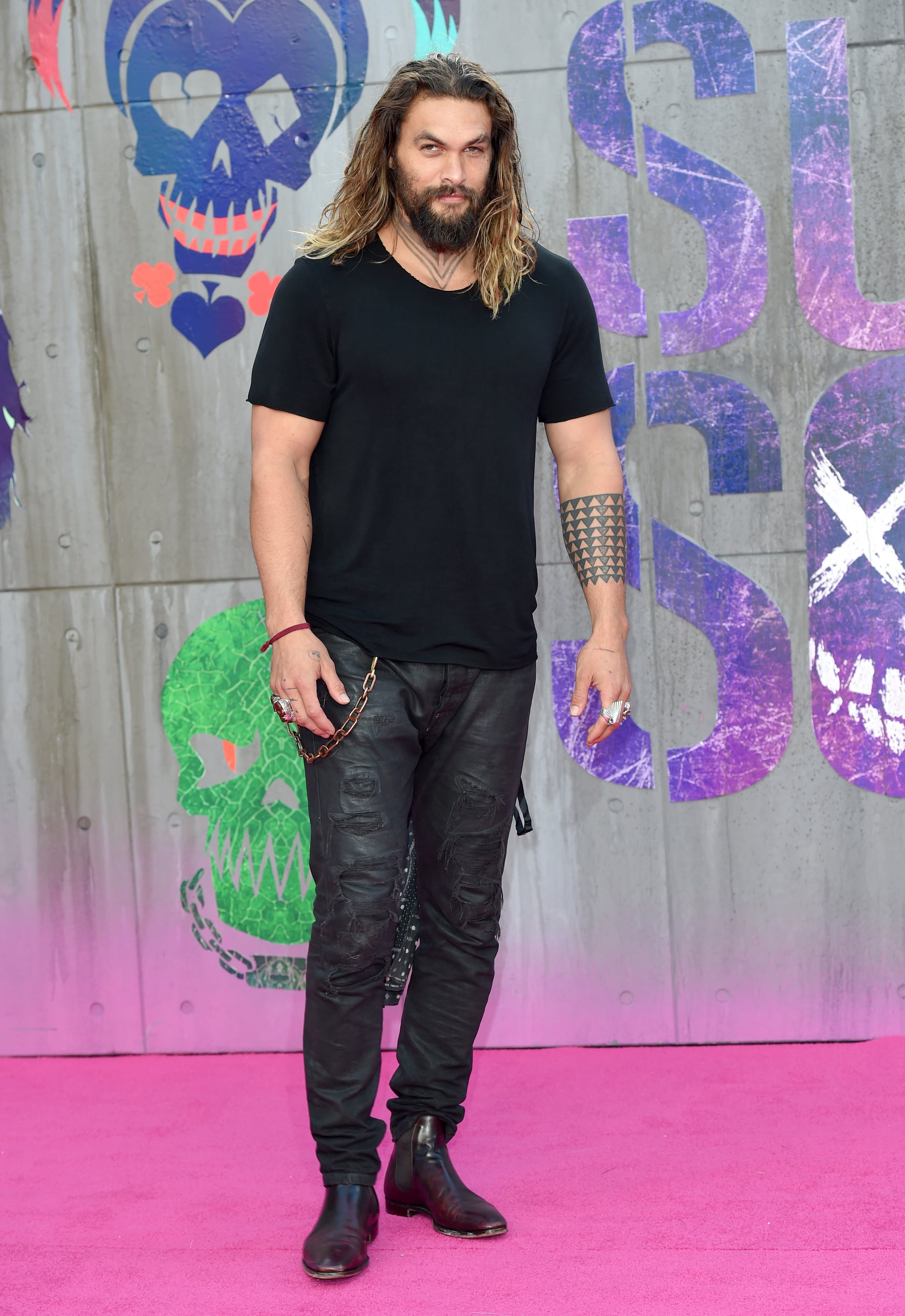 If there are two things we know about Jason Momoa, it's that he's extremely hot and extremely tall. The 37-year-old is so tall, in fact, that every time he hits a red carpet, he's at least a full head taller than everyone else, which inevitably brings up the question "how tall is Jason?" Google states that the Aquaman hunk is 6'4", but Jason actually described himself as being 6'5" in an interview with Access Hollywood back in June 2011. While recalling his Game of Thrones audition, Jason said, "When you have a big 6'5" Hawaiian screaming at the top of his lungs . . . casting directors were kind of very scared." I don't know if scared is the word we'd use — maybe turned on?