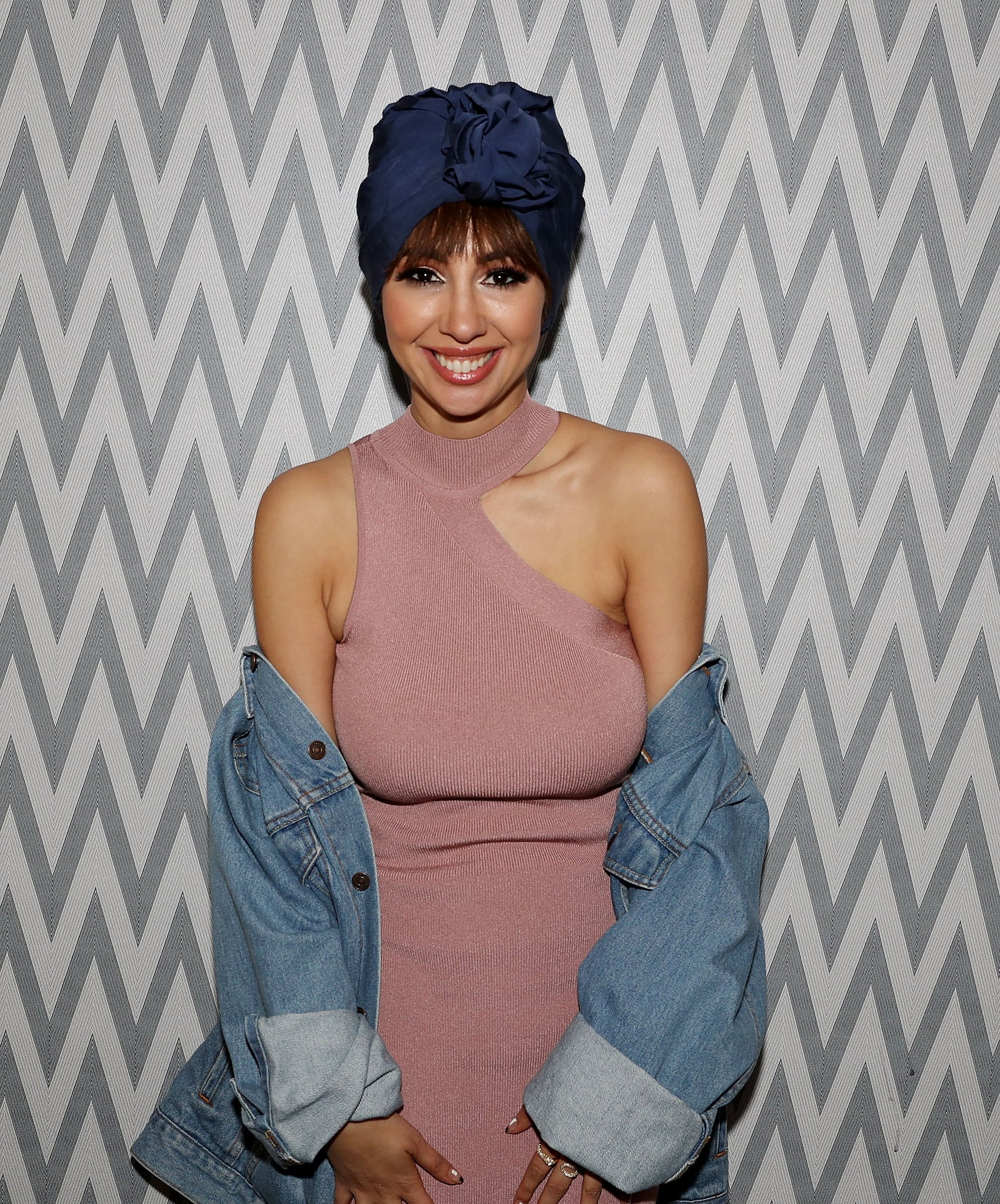 Before she was a vlogging inmate of Litchfield on Orange Is the New Black, Jackie Cruz was a close friend of Kourtney Kardashian's. For those who don't recall, while Kourtney and Khloé were filming their reality series in Miami, Kourtney befriended Jackie during an art class. The girls all ended up going out together to a club where Kourt and Jackie dabbled in a make-out session that left Kourt feeling "so embarrassed" the next day. It might've all been a ploy to make then-boyfriend Scott Disick jealous, but now, almost 10 years later, even Jackie knows she'll never be able to live it down.

Related:
13 Times OITNB's Maritza and Flaca Were the Best Friends Anybody Could Have

During a recent episode on PeopleTV's Chatter, the OITNB actress took a big gulp of her drink when the host brought up *that* kiss. Jackie said she "doesn't have time" to keep up with the family these days, but she has nothing but love for her old friend. "I love Kourtney, when we worked together she was a sweetheart and she continues to be a sweetheart, we just haven't reconnected," she said, adding an adorable "Call me, girl!" Catch up on everything that happened on season six of Orange Is the New Black, and then check out your favorite characters in other roles here.

Keeping Up With The Kardashians
How Well Do You Know the Most Quotable Family Ever? Try This KUWTK Quiz to See
by Hedy Phillips 9/24/20

Keeping Up With The Kardashians
KUWTK Is Coming to an End, So What Does That Mean For Future Spinoffs?
by Monica Sisavat 9/11/20