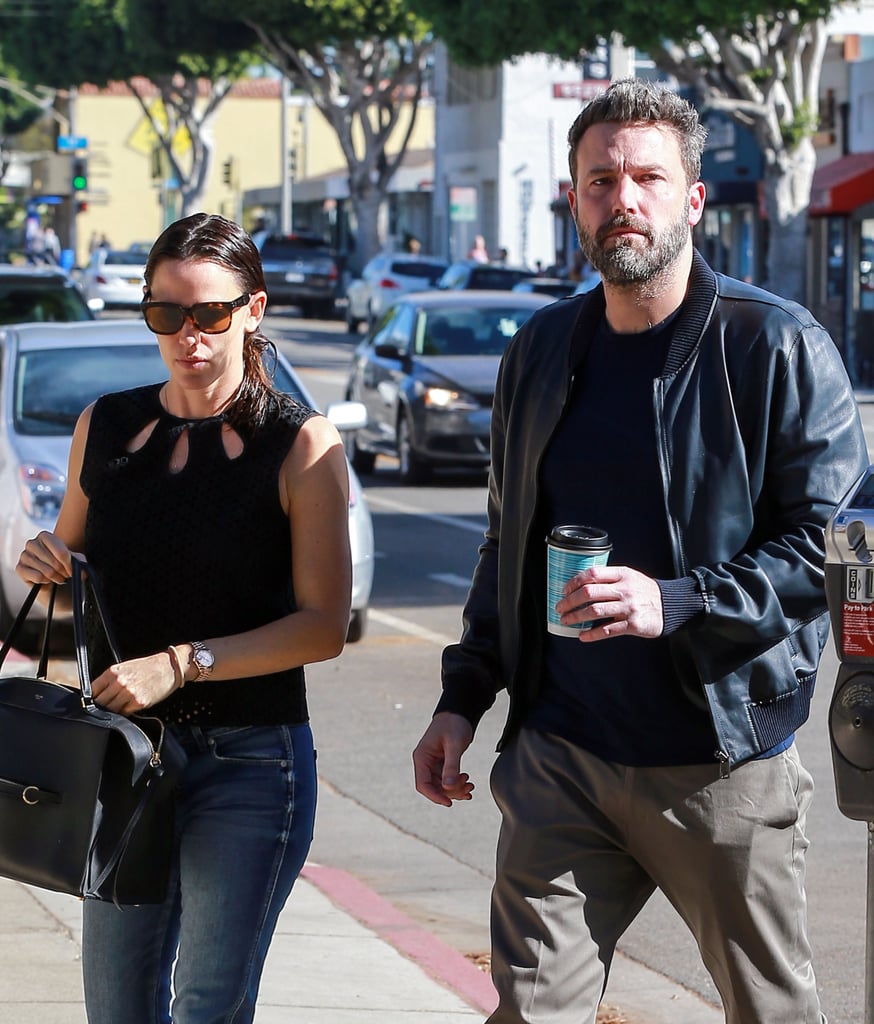 After supporting his brother at the LA premiere of Amazon's Manchester by the Sea on Monday, Ben Affleck reunited with Jennifer Garner for breakfast in Santa Monica on Saturday morning. The estranged couple stayed close as they walked alongside each other on the street. Although Ben and Jennifer announced their plans to divorce back in June, rumors recently began swirling again that the former couple could be reconciling. While Ben and Jen have yet to address the reports, they have made it clear in the past that they're maintaining a united front for the sake of their kids, so it looks like we'll just have to wait and see.

Celebrity Instagrams
Jennifer Garner Talks 2020 Election With Jill Biden: "Moms Are Going to Put You in the White House"
by Karenna Meredith 10/07