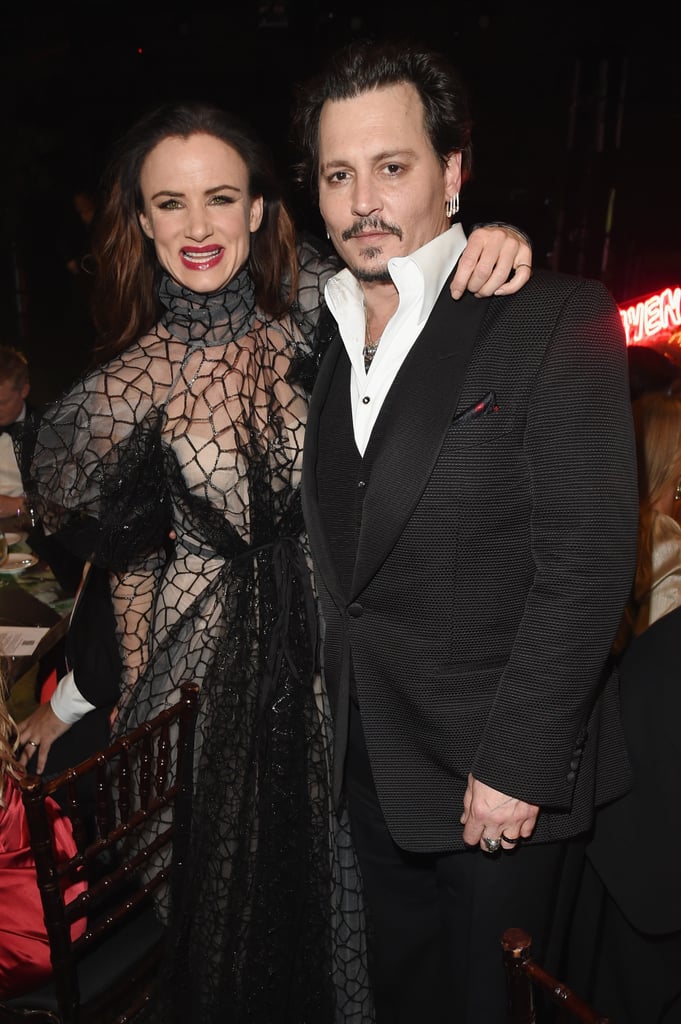 Former couple and costars Johnny Depp and Juliette Lewis met up during the Art of Elysium Heaven Gala in LA on Saturday night. They posed for photos together inside the event, which honored legendary fashion designer Vivienne Westwood and also brought out Ian Somerhalder, Kelly Rowland, and Johnny's wife, Amber Heard, whom he walked the red carpet with. Johnny and Juliette, who starred together along with Leonardo DiCaprio in the 1993 film What's Eating Gilbert Grape, briefly dated after meeting on set (before Johnny hooked up with Kate Moss and just after Juliette ended her engagement to Brad Pitt). Keep reading to see Juliette and Johnny's sweet reunion, and then check out more celebrities who have dated their costars.

by Princess Gabbara 38 minutes ago