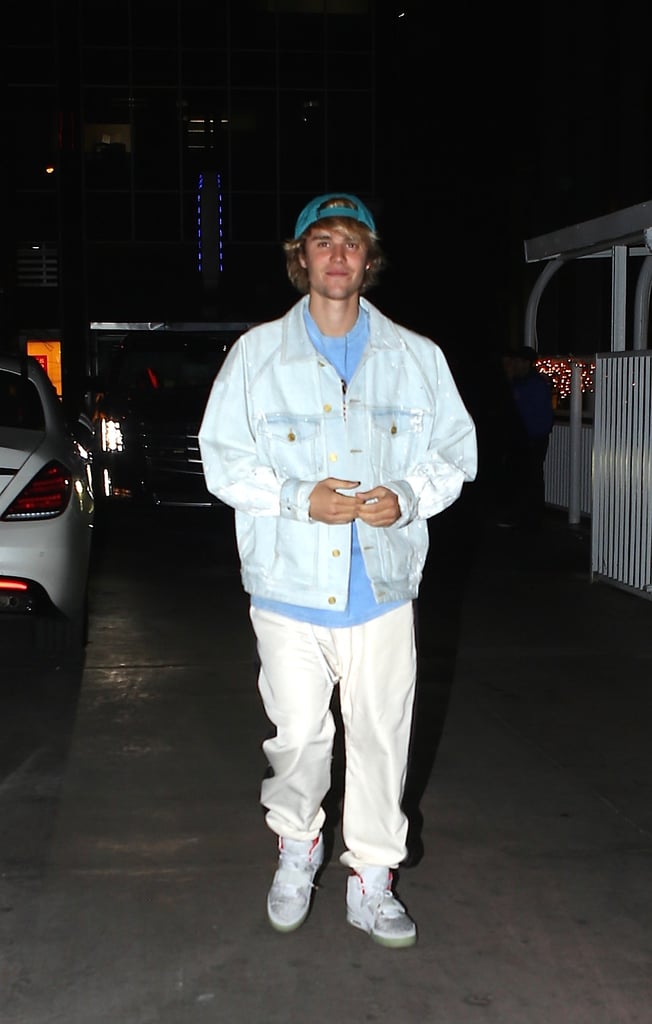 Are Justin Bieber and Selena Gomez really done for good? It sure seems that way. Just days after Selena was spotted getting cozy on a yacht with a mystery guy in Australia, Justin hit The Roxy nightclub in LA with a mystery girl — who's now been identified as Patrick Schwarzenegger's girlfriend's sister, Baskin Champion. On Tuesday night, the pair attended Craig David's concert with a group of friends, and according to ET, Justin spent most of the night by Baskin's side. In a video posted on Twitter, the 24-year-old can also be seen with his arm wrapped around Baskin's waist while dancing in the crowd.

It's still unclear if Justin and Baskin are officially dating, but it's likely that the duo met through Patrick, seeing as he's close friends with Justin. The two often attend church together, and earlier this month, Justin stepped out to support Patrick at the LA premiere of Midnight Sun.

Justin and Selena famously rekindled their romance following Selena's kidney surgery back in October 2017, though they recently decided to take a break from their relationship "mainly because of Selena's mom and her disapproval of Justin." Selena and Justin have yet to publicly address their break, but Justin did tweet that he was "grateful for great friends" on Tuesday.

Related:
An Exhaustive List of All the Songs Selena and Justin Have Written About Each Other
Previous Next Start Slideshow
Justin BieberCelebrity CouplesCelebrity PDA