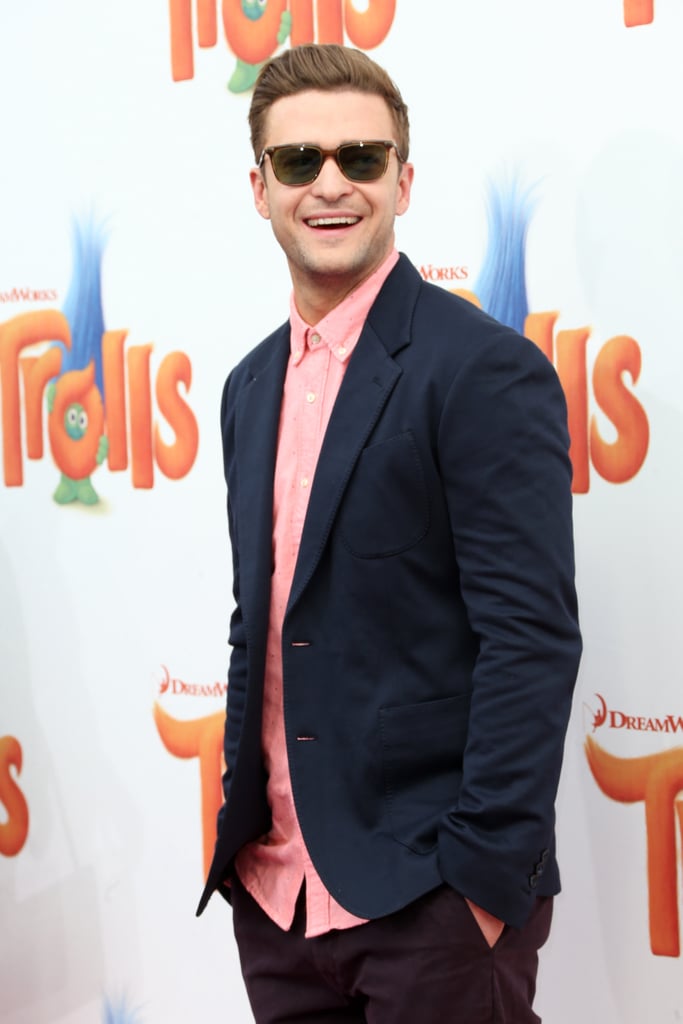 Justin Timberlake has been zigzagging the globe to promote the new DreamWorks animated film Trolls, and he hit the rainbow carpet for a premiere of the flick in LA on Sunday. The singer, who provides his voice for the movie, looked devastatingly handsome as he posed for photos, took video of fans on his phone, and linked up with costars Anna Kendrick, James Corden, and Zooey Deschanel.

Between his press rounds for Trolls, Justin has also been filming an untitled Woody Allen movie with Kate Winslet and Juno Temple; we've gotten a glimpse of his character in full '50s-style getups (including an old-timey lifeguard uniform) and shooting an intense scene with Kate at Coney Island in NYC. He also celebrated his fourth wedding anniversary with wife Jessica Biel after making their first joint appearance together in months.

Previous Next Start Slideshow
Justin TimberlakeRed Carpet
Around The Web