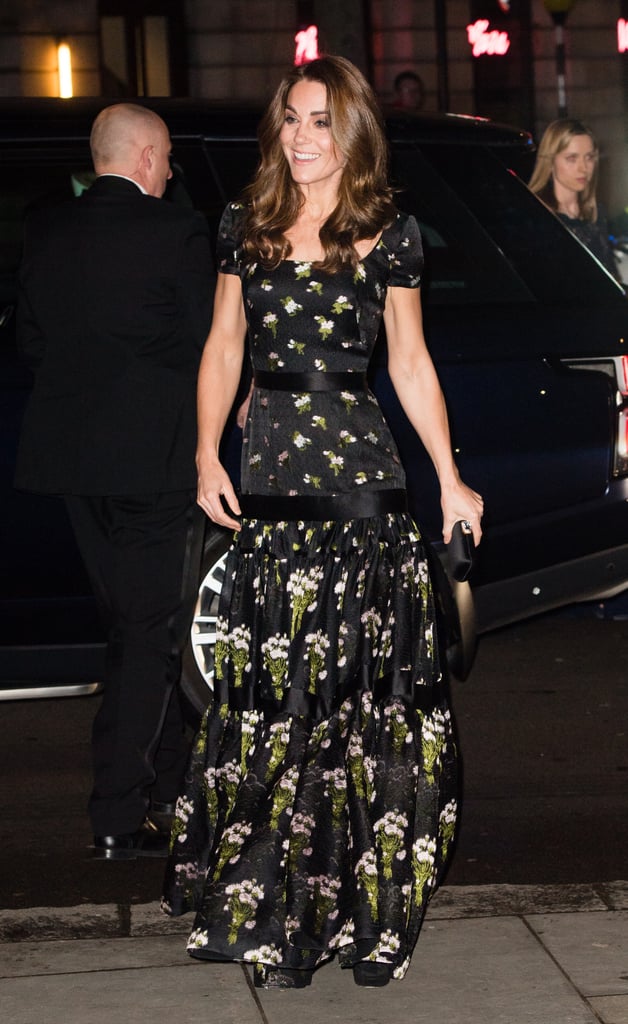 No rest for Kate Middleton! After attending Commonwealth Day service with the royal family on Monday, Kate Middleton pulled double duty the following day when she visited London's Henry Fawcett Centre and made a stunning appearance at the 2019 Portrait Gala later that evening. Clad in a black floral gown (which she first wore to the 2017 BAFTAs), the Duchess of Cambridge stepped out solo for the event and was all smiles as she made her way inside. This year's gala supports the Inspiring People project, which aims to help the gallery complete its renewal and refurbishment of the building.

Kate is a patron of the National Portrait Gallery, and it likely holds a special place in her heart, as it was one of the very first patronages she announced when she became a royal back in 2011. Fun fact: the mother of three studied art history at the University of St. Andrews, and one of her watercolors even appeared on the order of service at sister Pippa's wedding in 2017.