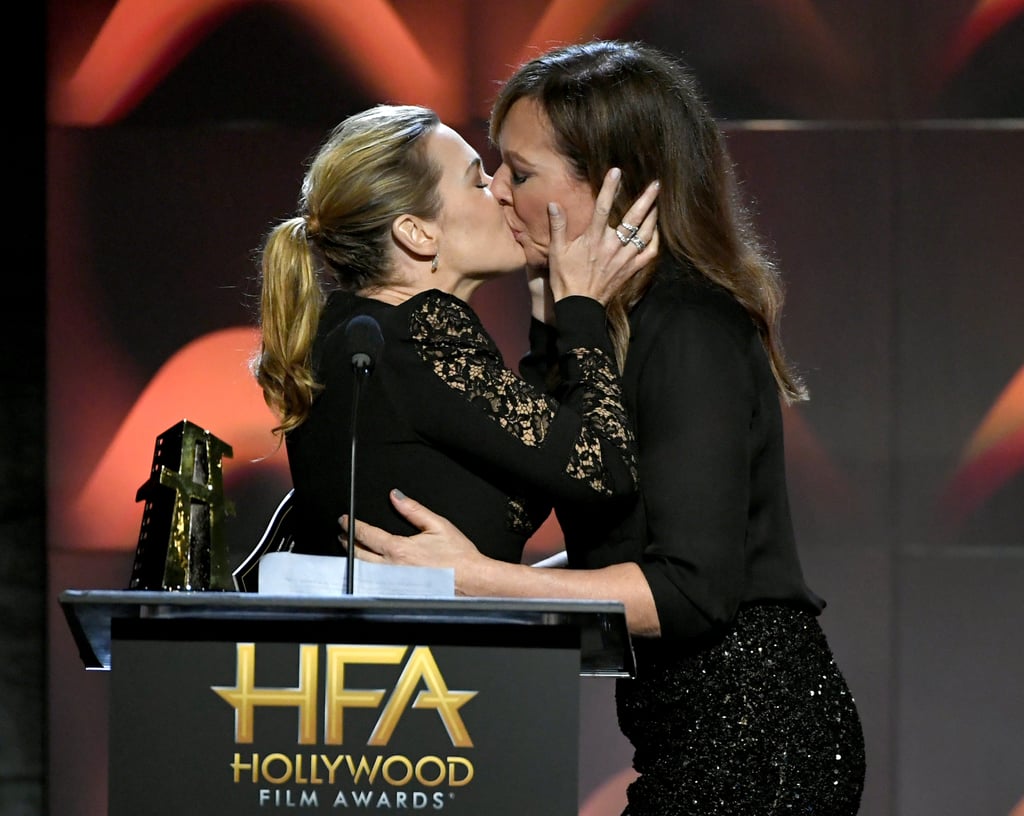 Kate Winslet fangirls over her idols just like we do. During the 2017 Hollywood Film Awards on Sunday, the Wonder Wheel star couldn't help but gush about actress Allison Janney during her acceptance speech for the Hollywood Actress award. "Allison, I know I don't really know you, but I just want to be you," she said. "I do. Or just stroke you or something. I mean, we could always kiss, maybe." To Kate's delight, Allison was totally game, and the two ended up sharing a smooch on stage. "Thank you very much," Kate told the audience afterwards. "Now I'm a little bit breathless!" Catch the entire interaction (and lip lock) below.