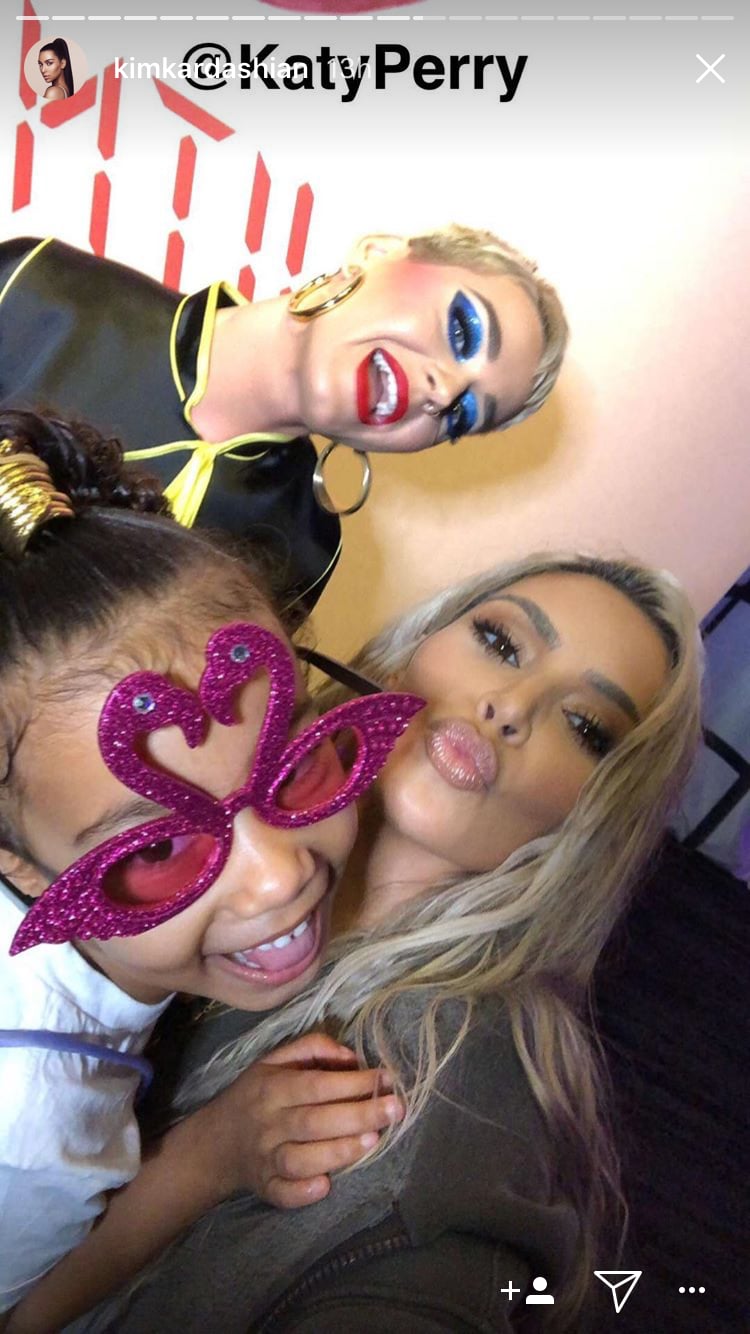 Kim Kardashian and North West danced the night away at Katy Perry's concert in LA on Friday. The adorable mother-daughter duo took selfies with Katy backstage while 4-year-old North rocked a pair of glittery pink flamingo shades. Kim, who is reportedly expecting her third child with Kanye West via surrogate in December, shared videos from the concert on Instagram, singing along to Katy's 2010 hit "E.T.," which was remixed by her rapper husband.

Kim's latest outing occurred on the same day Taylor Swift dropped her sixth studio album, Reputation. In several of the songs, Taylor calls out Kim and Kanye for leaking a recorded phone call of her talking to Kanye back in 2016. There's also the fact that Katy and Taylor have been famously feuding since 2014, which has some fans speculating if Kim's fun night out with Katy was just a coincidence or total shade. Read on to see another cute photo Katy took with Kim and North West ahead.

Related:
Warning: You're Not Ready For These 100+ Adorable Snaps of Kim and Kanye's Kids 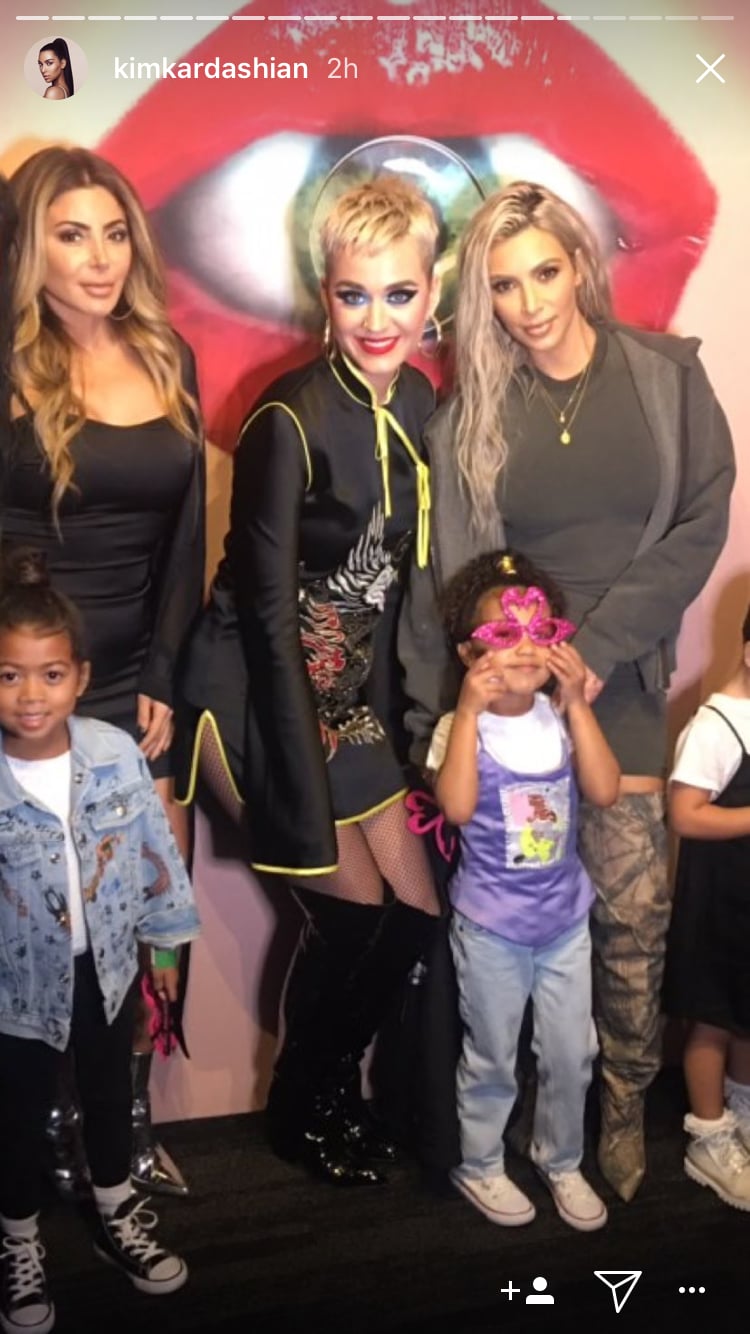