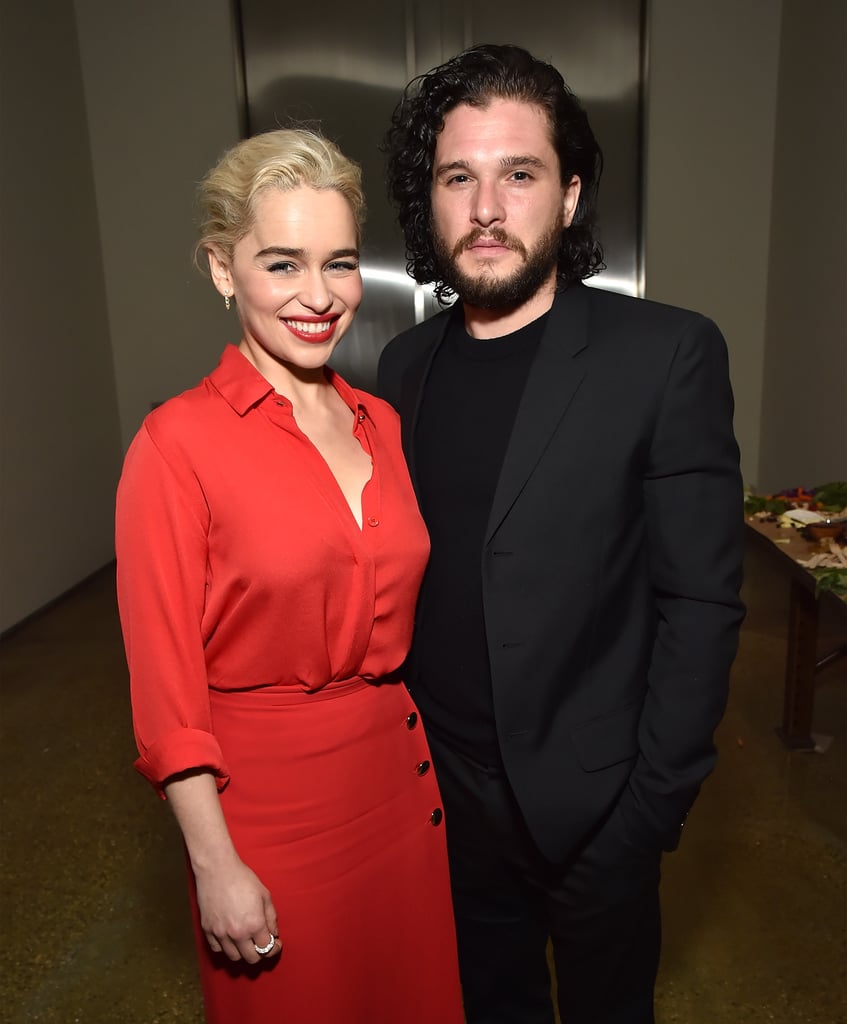 Kit Harington paired up with his Game of Thrones costar Emilia Clarke at Sean Penn's annual Haiti Rising gala Saturday night. The onscreen love interests posed together for cute photos at the event, during which Brad Pitt bid a healthy $120,000 to watch an episode of the hit HBO series with Daenerys Targaryen herself; the actor dropped six figures in the hopes of winning the opportunity but was outbid by a fellow guest. Bummer!

Just one night before linking up with Emilia, Kit was thrown out of NYC haunt Barfly after drunkenly trying to play a round of pool with patrons. Apparently, Kit "started banging on the table, grabbing at pool cues, and getting in people's faces." TMZ also reported that the actor "was asked to leave and did, but came back and finally had to be physically removed" from the bar. Bummer!

Keep reading to see more photos of Kit and Emilia together ahead of the Golden Globes.