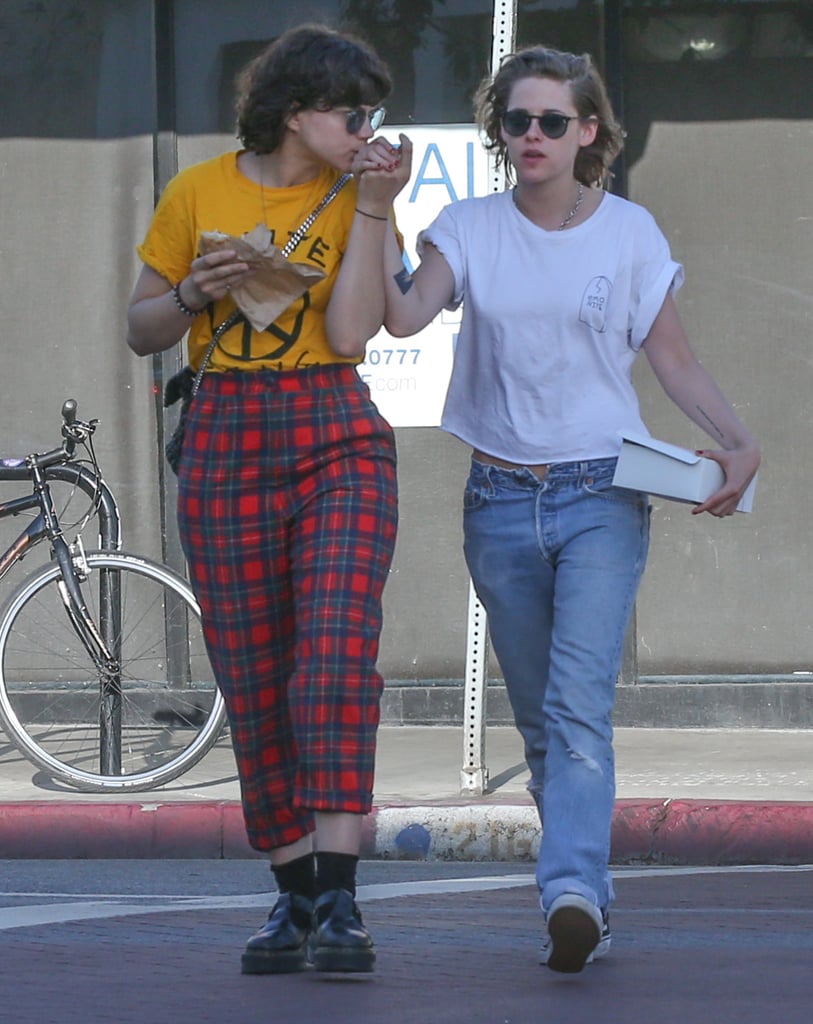 It looks like things between Kristen Stewart and Soko are heating up! On Friday, the pair was spotted out and about in LA, where they grabbed food and ran a couple of errands. The duo, who first sparked romance rumors in March, held hands and even took turns giving each other kisses. Their low-key outing comes at the tail end of a PDA-filled month for the women. After Soko greeted Kristen with a bouquet of flowers in France, the two flaunted their love all over Paris with a series of sweet outings, including a playful park date. Soko also recently opened up about how she met Kristen in an interview with WMagazine.com, revealing, "It was very OG." Keep reading to see more of the ladies' day out, and then get to know Soko in five quick facts.