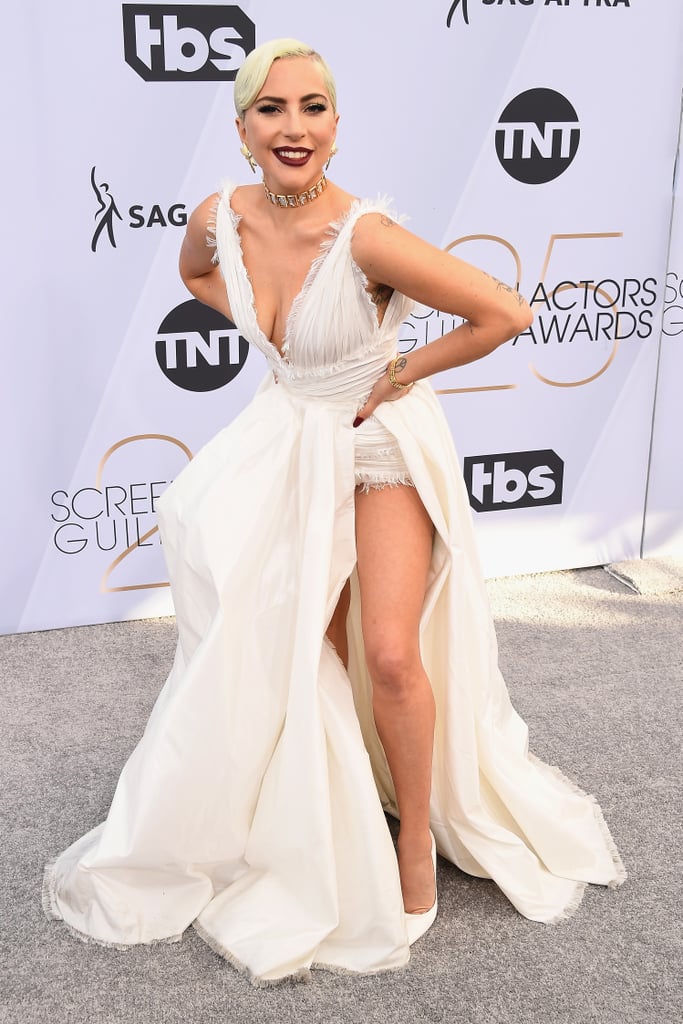 Lady Gaga made a blindingly gorgeous appearance with fiancé Christian Carino at Sunday's SAG Awards in LA. Clad in a sexy Dior gown, the 32-year-old A Star Is Born actress was an absolute vision in white as she graced the red carpet and let us all have another look at her as she mingled with Ricky Martin and her costars, Bradley Cooper and Sam Elliott. It was a big night for Gaga: not only did she and Bradley lead the film nominations with a whopping four nods, but the singer also scored a nod for best actress. Even though she lost to Glenn Close, Gaga still has another shot at the gold at this year's Oscars.