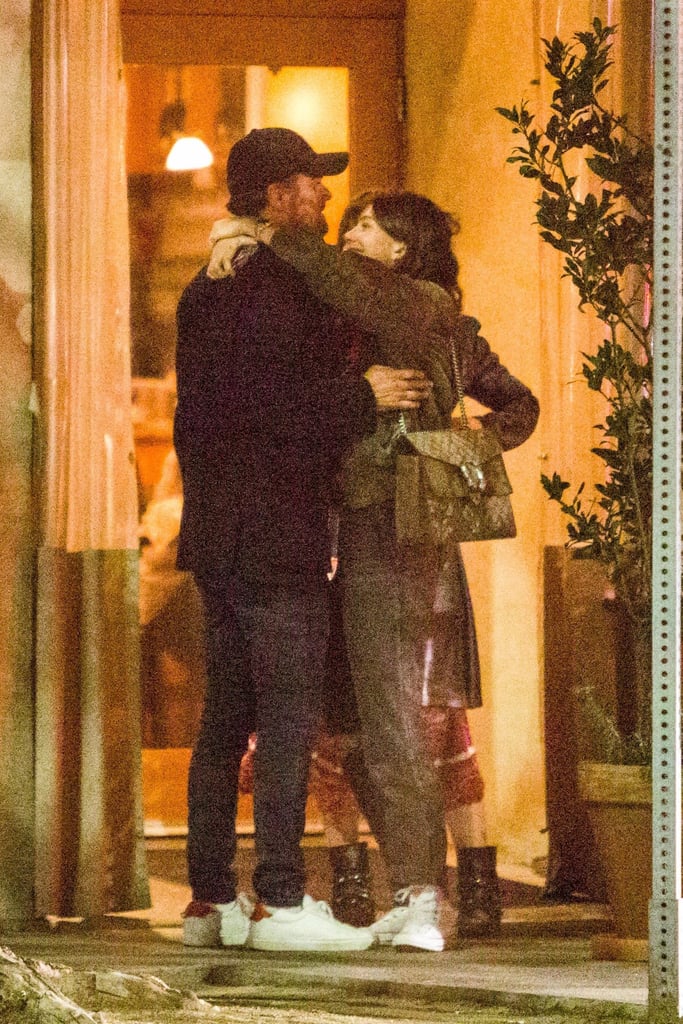 Is Leonardo DiCaprio in love? The Oscar winner was spotted in a warm embrace with his model girlfriend, 20-year-old Camila Morrone, in LA on Thursday. The couple looked to be in a romantic mood as they hugged outside of Angelini Osteria, where they reportedly grabbed dinner with friends. Leo and Camila, who have been linked since late 2017, were recently seen trying (and failing) to go incognito at Coachella.

Related:
A Not-So-Brief History of All the Ladies Leonardo DiCaprio Has Dated

We last saw Leo solo looking good as hell while attending CinemaCon in Las Vegas at the end of April. While there, he joined Quentin Tarantino on stage to talk up their Manson murders movie, Once Upon a Time in Hollywood, which Leo will star in with Brad Pitt. Keep reading to see Leo and Camila's loved-up date night.