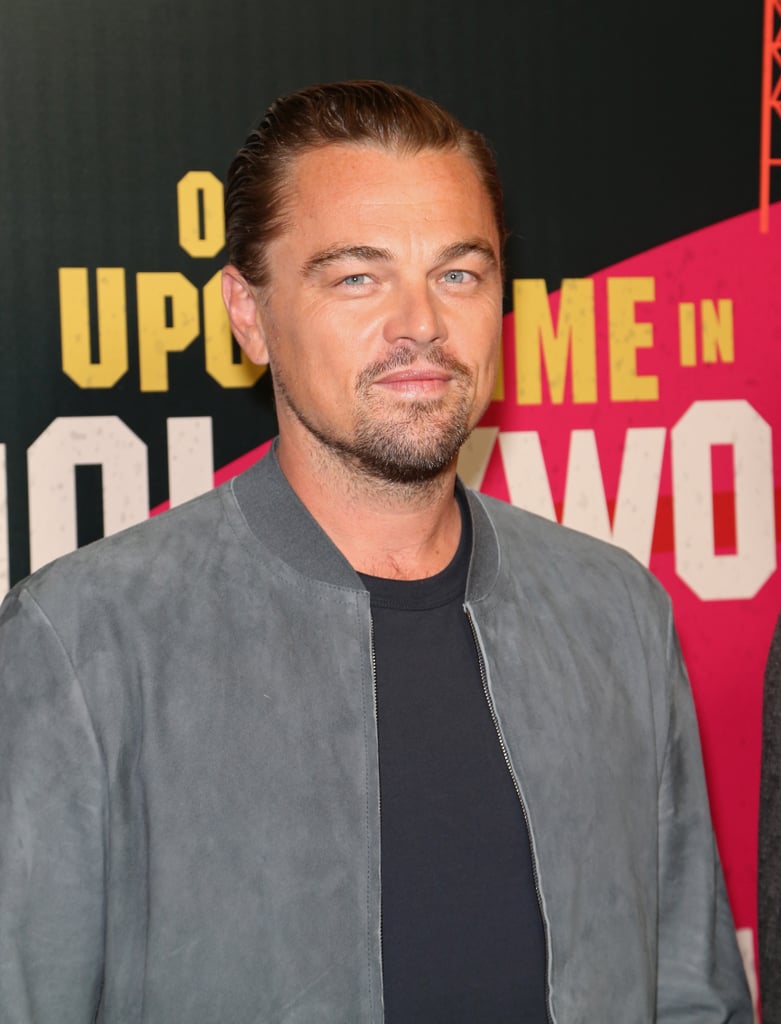 Leo, Leo, Leo: you really know how to clean it up and make a girl swoon. Just a couple of weeks after trying (and failing) to go incognito at Coachella, Leonardo DiCaprio sported a sleek, sexy casual look as he popped up at CinemaCon in Las Vegas. On Monday, the 43-year-old actor joined filmmaker Quentin Tarantino to reveal new details about their upcoming film, Once Upon a Time in Hollywood — and in the process, he reeled me right back in. Seriously, how hot does he look?

Related:
26 Times Leonardo DiCaprio Had You Laughing Your Ass Off Without Even Trying

Leo is set to star as struggling actor Rick Dalton in the film, which is said to be a "Pulp Fiction-esque movie set during the time of the Manson murder spree in Los Angeles" and also stars Brad Pitt. It will reportedly premiere on Aug. 9, 2019, which is the 50th anniversary of Sharon Tate's death. Will we see Leo and his current girlfriend, model Camila Morrone, on the red carpet? Keep reading to see Leo looking damn good in Vegas, then check out his Hollywood evolution.