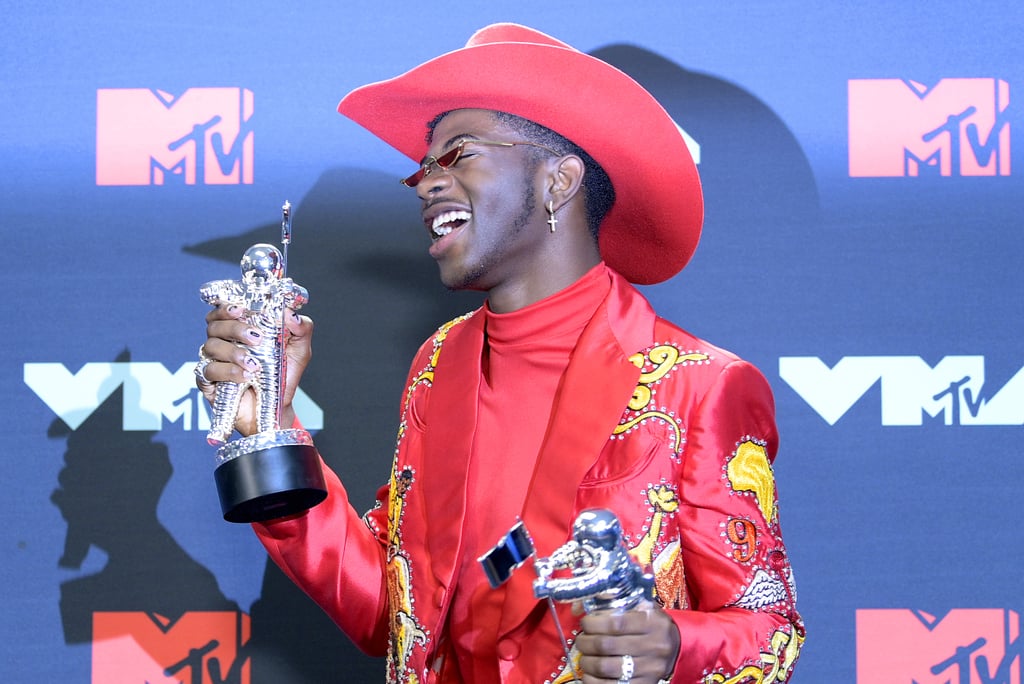 First-time MTV VMAs attendee Lil Nas X arrived on Monday's red carpet in an instantly iconic look. The "Old Town Road" singer wore a silver sequined suit with metallic cowboy boots and an epic "Lil Nas X" manicure that he made sure to show off.

Photographers captured the 20-year-old striking poses like a seasoned pro on the star-studded carpet, which also included Lizzo and Taylor Swift. Lil Nas X was nominated for multiple VMA awards, and he won for song of the year thanks to his blockbuster hit, "Old Town Road" featuring Billy Ray Cyrus. He also performed "Panini" live during the show on Monday night, and then gave an adorable acceptance speech that ultimately turned into a meme. Check out photos and videos from the young star's big night ahead.

Red Carpet
Shoniqua Shandai's Harlem NYC Premiere Look Is as Vibrant as Her Character Angie, Love to See It!
by Naledi Ushe 13 hours ago