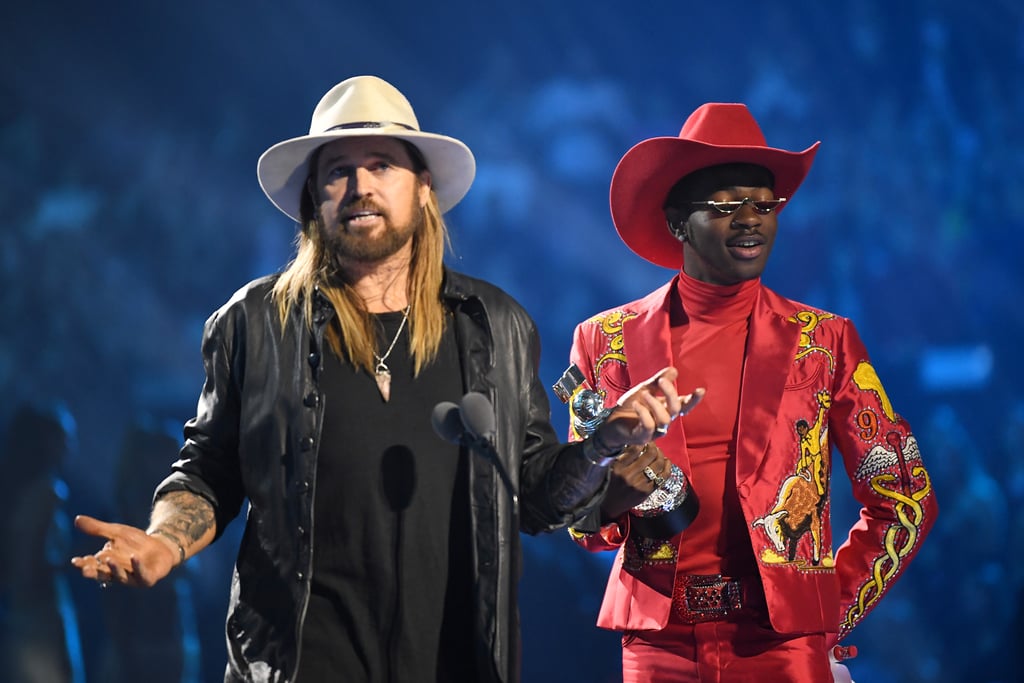 Lil Nas X took home the well-deserved award for song of the year at the 2019 MTV VMAs, and of course the "Old Town Road" rapper came prepared with a speech. After thanking Billy Ray Cyrus for taking his career "to the next level" as he stood on stage with Miley's dad, the 20-year-old singer cutely said, "Oh, and I brought a speech." He then took out a scroll and unraveled it to reveal a lengthy paper that fell all the way to the floor.

The funniest part is he was already done with his speech entirely, and he let the joke sink in as Billy Ray moved over to take the mic. The camera panned to the audience, and we all got to see Lizzo's reaction, which summed up exactly how everyone felt in the moment. The "Good as Hell" singer, who brought down the house with an empowering performance of her own, gasped and started cracking up. Congrats to Lil Nas X on his first-ever VMA! Relive one of the best moments from Monday's show ahead.

Grammy Awards
Welcome Back! Trevor Noah Is Hosting the Grammy Awards Again in 2022
by Naledi Ushe 22 hours ago

Music
Silk Sonic Performed "Fly as Me" and "Smokin Out the Window" at the Soul Train Awards — Watch!
by Princess Gabbara 3 days ago