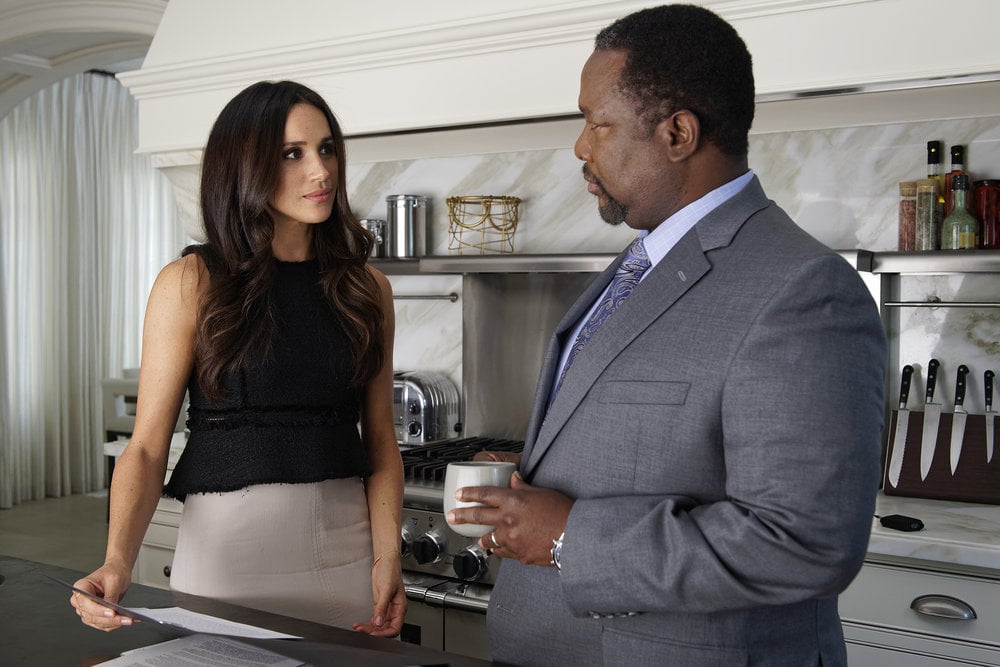 Since becoming a member of the royal family, Meghan Markle has been subject to far more attention, scrutiny, and criticism than she ever was as a Hollywood actress — and unfortunately, a lot of the negativity has been coming from her own family members. Meghan's father, 74-year-old former lighting director Thomas Markle, has been unable to stop himself from speaking out about Meghan and her royal in-laws to the press, most recently likening the monarchy to "Scientologists or the Stepford family." And along with myself, Chrissy Teigen, and probably the entire royal family, Meghan's former onscreen dad, Wendell Pierce, is over his comments.

The actor portrayed Robert Zane, the father of Meghan's Suits character, Rachel Zane, and opened up about her recent family drama in an interview with The Telegraph this week. Wendell had a rather pointed message for Thomas, saying, "If you care about Meghan, the Duchess of Sussex, then that should be first and foremost in your mind before you say anything. If you love your daughter, just love your daughter. It's not for public consumption."

The former The Wire star also shared a sweet behind-the-scenes story from his time filming Meghan's climactic wedding scene on Suits, which marked her exit from the USA series in April. "We had a moment I cherish," he said. "I was sitting with Meghan in her wedding dress as we waited for a setup. We were alone. I said to her, 'Your life is going to change. It's going to be amazing, and I'm very happy for you, but I want you to know that I'm your friend, and no matter where you are or what's going on — if the fishbowl that you're in ever starts getting to you — you can call me.'" He continued to say that even though Meghan and Harry weren't engaged at the time, he "figured something might happen" due to the "increased security" he saw around her on the set.

Keep reading to see more photos of Meghan and her former onscreen father.