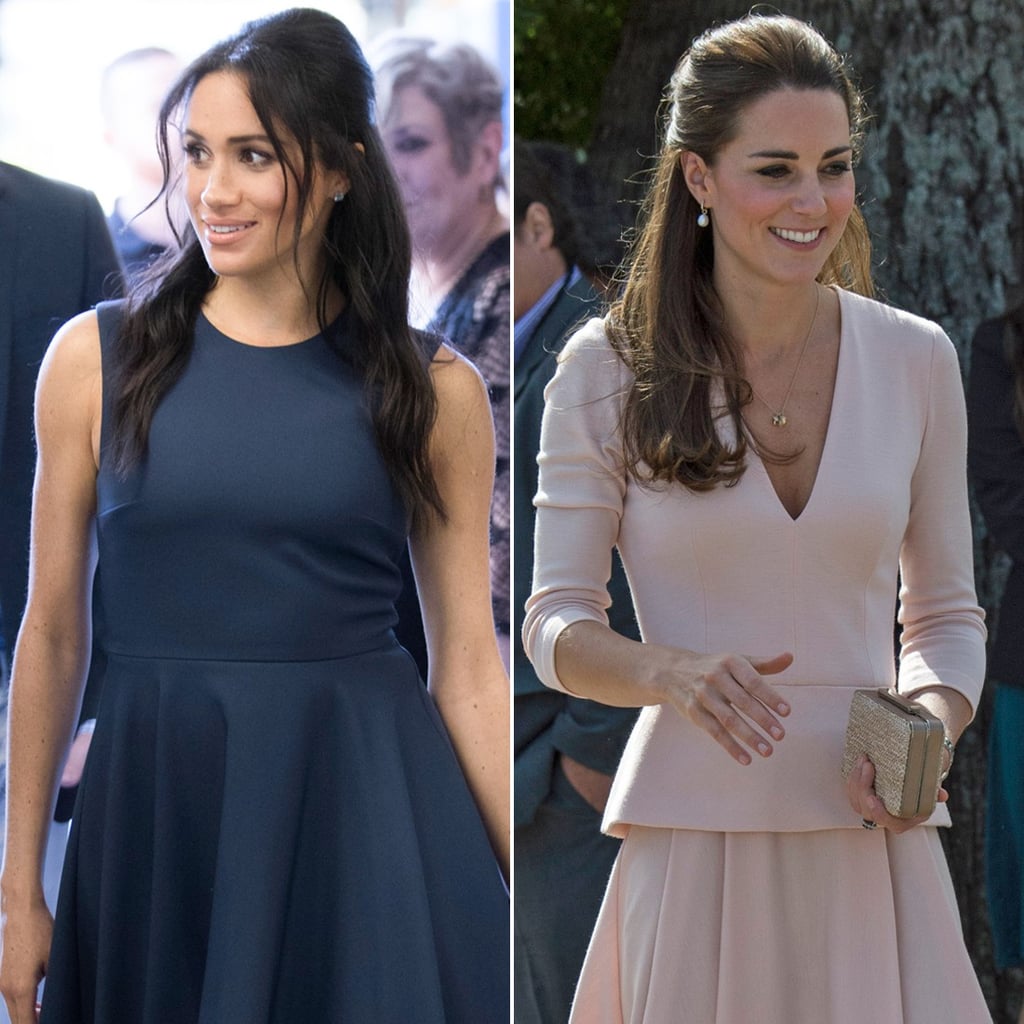 See Meghan and Kate's Royal Tours of Australia and New Zealand, Side by Side

Meghan Markle and Prince Harry are wrapping up their first royal tour as a married couple in Australia and New Zealand, and it's resulted in so many delightful moments. From Harry giving Meghan and their baby a shout-out in his Invictus Games speech to the couple reinventing the art of hand-holding, we sort of wish the tour never had to end. In addition to relishing every sweet moment between the Duke and Duchess of Sussex, you might also be getting flashbacks to Prince William and Kate Middleton's first royal tour of the South Pacific.

The pair first traveled Down Under together in 2014. During their trip, they visited Ayers Rock, the National Indigenous Training Academy, and Sydney's Opera House and met with several locals, including some incredibly cute kids. They even brought along Prince George, and they also attended a special ANZAC memorial service, just like Meghan and Harry. As Harry and Meghan finish up their trip, take a look at Meghan's and Kate's royal tours, side by side.