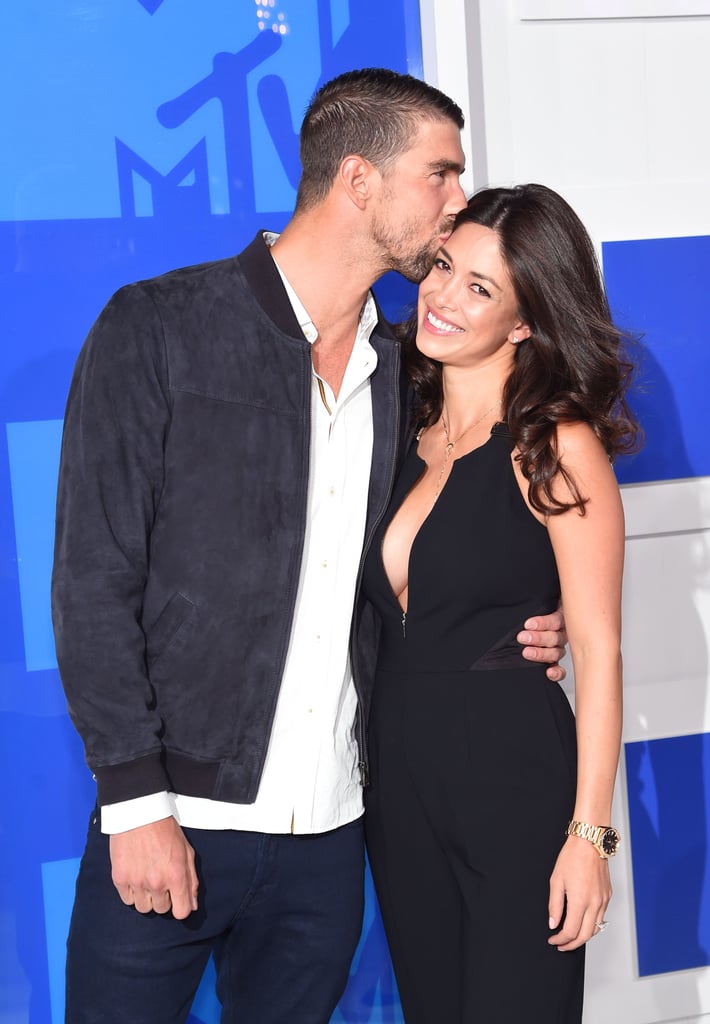 Michael Phelps and Nicole Johnson looked more in love than ever while walking the red carpet at the MTV Video Music Awards in NYC on Sunday. The pair was easily one of the cutest celebrity couples to roll up to the VMAs this year, sneaking in a few kisses in between fits of giggles in front of photographers. Nicole and Michael, who have been engaged since February 2015, left their adorable baby, Boomer, at home to enjoy the VMAs together. Nicole rocked a low-cut Ted Baker London jumpsuit and Michael wore a simple white shirt and jeans by the same designer. After presenting an award, Michael also spent time with Ansel Elgort, Chance the Rapper, and Jaden Smith. The gold medal winner wasn't the only Olympian strutting his stuff at Madison Square Garden, either — the Final Five (minus one!) also hit the red carpet in style.