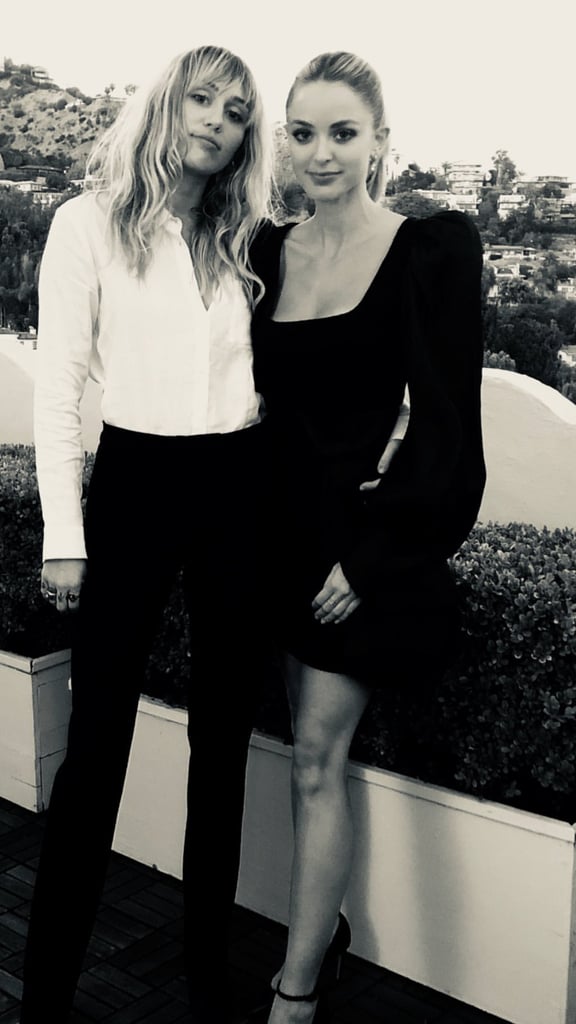 Miley Cyrus and Kaitlynn Carter have reportedly broken up after making their relationship public while on vacation in Italy on Aug. 11, a source told People. "Miley and Kaitlynn broke up," the source said. "[But] they're still friends . . . They've been friends forever and were there for each other when they were both getting separated, but they're just not in a romantic relationship anymore."

Most recently, Miley and Kaitlynn were spotted holding hands backstage at the VMAs on Aug. 26.

Miley Cyrus has been spending a lot of time with Kaitlynn Carter following her split from Liam Hemsworth, and on Wednesday, the pair rang in The Hills star's 32nd birthday together. While the 26-year-old singer steered clear of posting a tribute on social media, Kaitlynn did share some cozy photos of the two in color-coordinated outfits on her Instagram Stories. In a separate video (which Kaitlynn reposted on her Stories), Miley is also shown snapping photos of Kaitlynn as she blows out a candle on a giant ice-cream sundae during dinner.

Miley and Liam dated on and off for 10 years and tied the knot this past December. However, their marriage was short-lived, as they announced their split after seven months of marriage in August, and Liam filed for divorce shortly after. Kaitlynn, on the other hand, separated from Brody Jenner after one year of marriage that same month.

Miley and Kaitlynn first ignited romance rumors when they were spotted making out during an Italian getaway in August. Kaitlynn even accompanied Miley to the VMAs, and according to People, the two are now living together. Neither Miley nor Kaitlynn has addressed the romance rumors, but a source close to the singer told the outlet that the duo are "very happy." "Miley is doing great. She is moving on," the source added "She seems to have no regrets. She loves being with Kaitlynn."

Celebrity Couples
OK, Seriously, Is It Possible For Zendaya and Tom Holland to Be Any Cuter Around Each Other?!
by Njera Perkins 10 hours ago