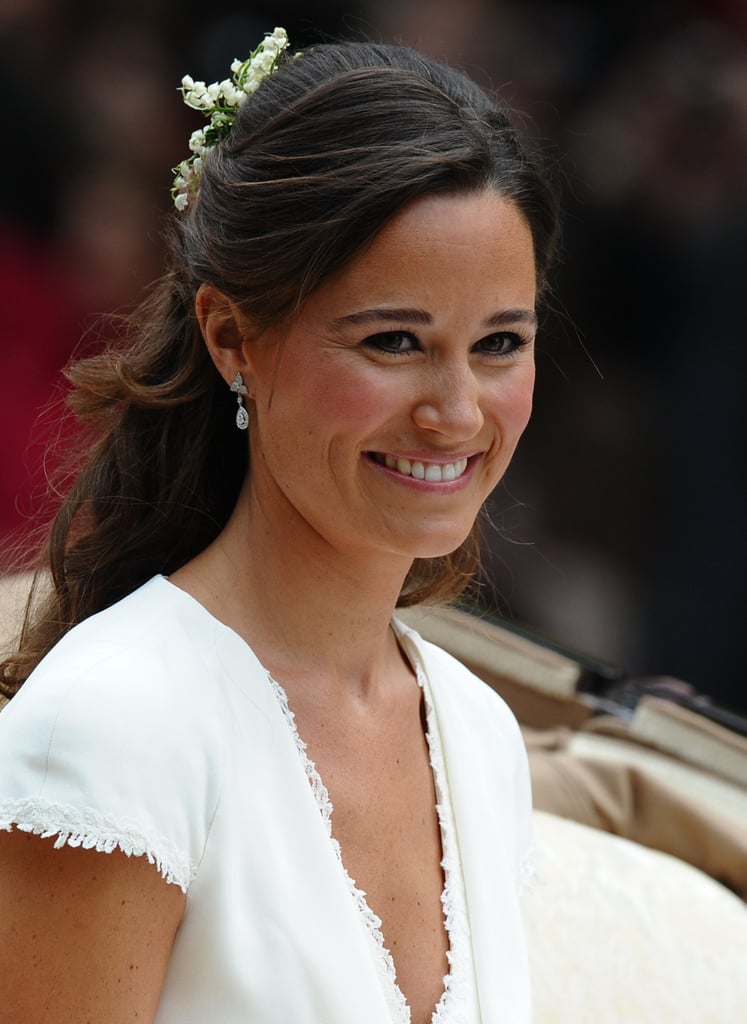 Pippa Middleton is set to walk down the aisle on May 20, but it certainly won't be the first time she's had all eyes on her at a wedding. In 2011, when serving as maid of honor for her older sister Kate Middleton, Pippa emerged as a bit of a breakout star in her curve-hugging ivory Alexander McQueen gown. After arriving in a carriage with young bridesmaids Grace van Cutsem and Eliza Lopes, Pippa hopped out to fulfill her duties and carry Kate's cathedral-length train as she headed inside Westminster Abbey. Cameras caught Pippa's backside as she bent over to adjust the gown, and the images were instantly plastered on TV and computer screens worldwide; Twitter crashed, she became a front runner for Britain's annual "Rear of the Year" contest, and someone even went so far as to create a Facebook group called "Pippa Middleton Ass Appreciation Society." Classy.

Related:
Kate and Pippa Middleton Prove That a Tiara Won't Come Between Their Sisterly Bond

Not only did Pippa's toned figure turn heads, but people (including us) also started shipping her and Prince William's younger brother, Harry. They walked down the aisle to exit the church together and appeared to share a laugh while on the balcony at Buckingham Palace after the ceremony. In the years after the royal wedding, Pippa downplayed her instant fame in an essay for You magazine. "It's a bit startling to achieve global recognition (if that's the right word) before the age of 30 on account of your sister, your brother-in-law, and your bottom," she wrote. And while speaking at an event, Pippa joked that "recognition has its upside, its downside and — you may say — its backside." About the now-infamous dress? "In retrospect it fit a little too well."