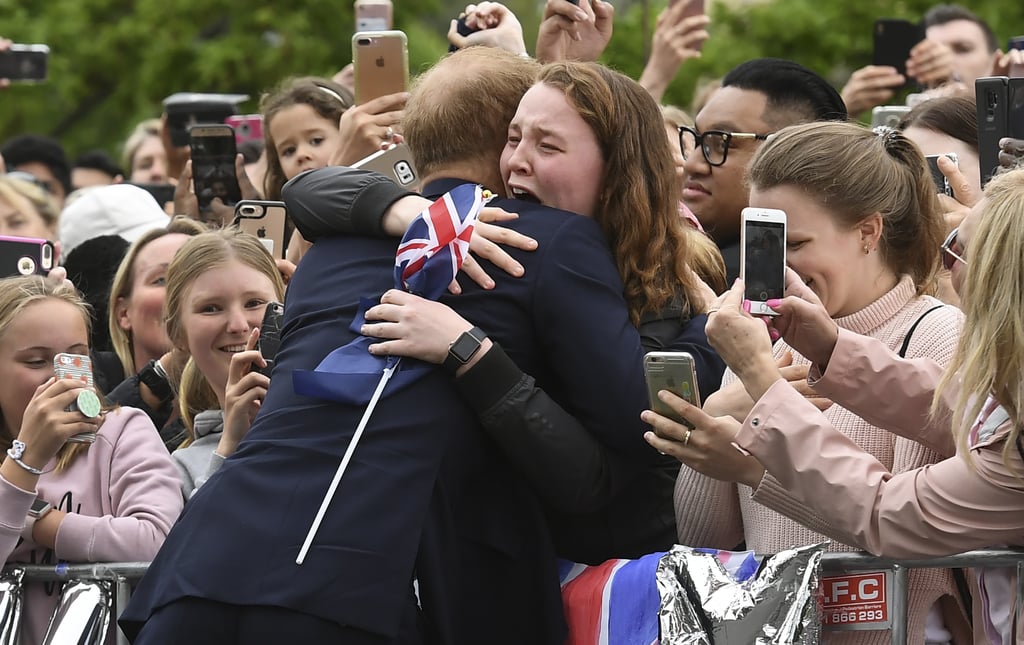 A hug from Prince Harry? Yeah, we'd sob too. During the famous royal's tour of Australia with wife Meghan Markle, he greeted fans during a walk through the Royal Botanic Gardens of Melbourne, and one young woman in particular had an extraemotional reaction.

It's no secret that Harry's got quite a fan base — from infants to the elderly — out to see him at each of his tour stops. But for 19-year-old India Brown, getting a hug from the prince was the reason for happy tears.

"Prince Harry just hugged me," India told The Herald Sun. "I didn't expect it to happen because it's actually against protocol. . . . He is someone I've looked up to for many, many, many years. Everything he stands for is amazing. I said, 'I know it's against royal protocol, but can I please have a hug?' He hugged me and I burst into tears. He just said, 'Oh, you're going to get me in trouble.'"

Aw! India is right; usually, hugging royals is against protocol, but Harry's already made a few exceptions to the rules during the tour — sometimes they're meant to be broken, right?

Related:
Now That Meghan and Harry Have Wrapped Up Their Royal Tour, Look Back on All the Best Photos
Previous Next Start Slideshow
Meghan MarkleThe RoyalsPrince HarryThe British Royals

by Lindsay Kimble 5 minutes ago