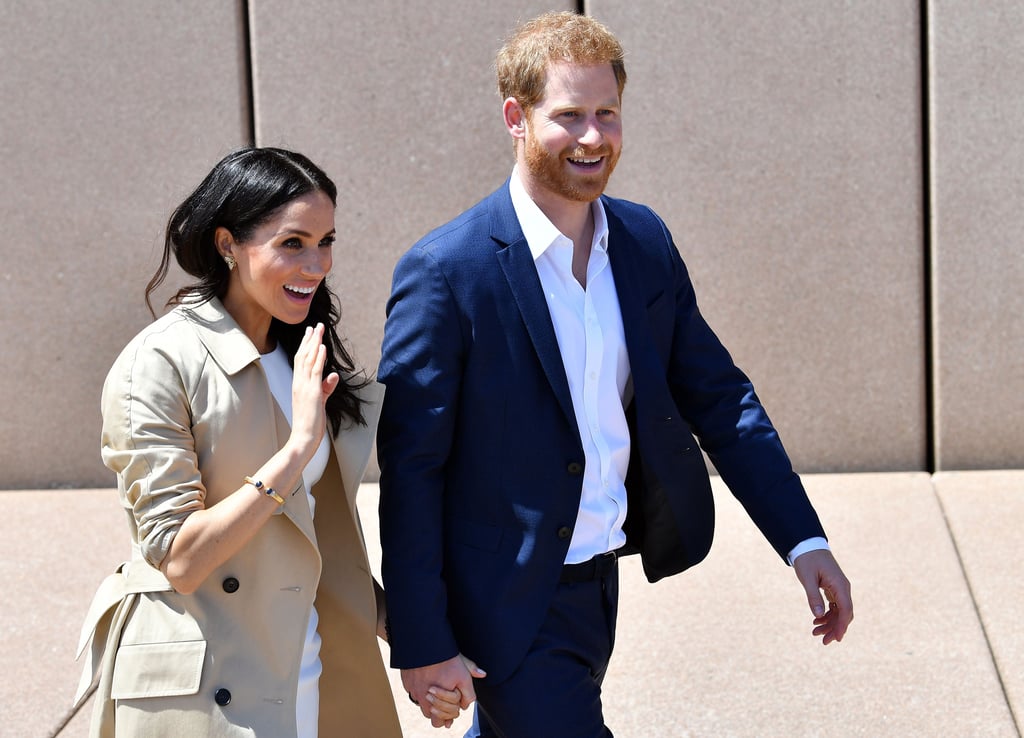 Prince Harry Found Meghan Markle's Mini Me in Sydney, So They Took a Super-Rare Selfie

The royals are used to sticking by strict protocol, but every so often they break the rules for a special reason. It's rare for the royal family to go beyond a handshake upon meeting someone, and they usually don't take selfies or give out autographs, but Prince Harry and Meghan Markle made a few exceptions while meeting fans during their tour of Australia.

While greeting the crowd, Harry noticed a young fan wearing a "Girls Can Do Anything" t-shirt and immediately brought her to Meghan's attention. "Can I take a picture of you two together?" he asked. As Harry queued up the camera for a rare selfie, a woman told Meghan they thought the girl "looks a bit like you," to which the duchess replied, "I was literally about to say the same thing!"

This young fan wasn't the only one to break Harry and Meghan from their traditional ways. The couple wholeheartedly embraced 98-year-old Daphne Dunne during their walk through the crowd, and the prince was also seen taking a selfie alongside a young man with Down syndrome. See more sweet snaps of the couple interacting with royal fans ahead; we can't wait to see more heartwarming moments during their South Pacific tour.

Related:
All Eyes Were on Meghan Markle as She Encountered a Cute Sleeping Baby in Australia
Previous Next Start Slideshow
Meghan MarkleThe RoyalsPrince HarryThe British Royals