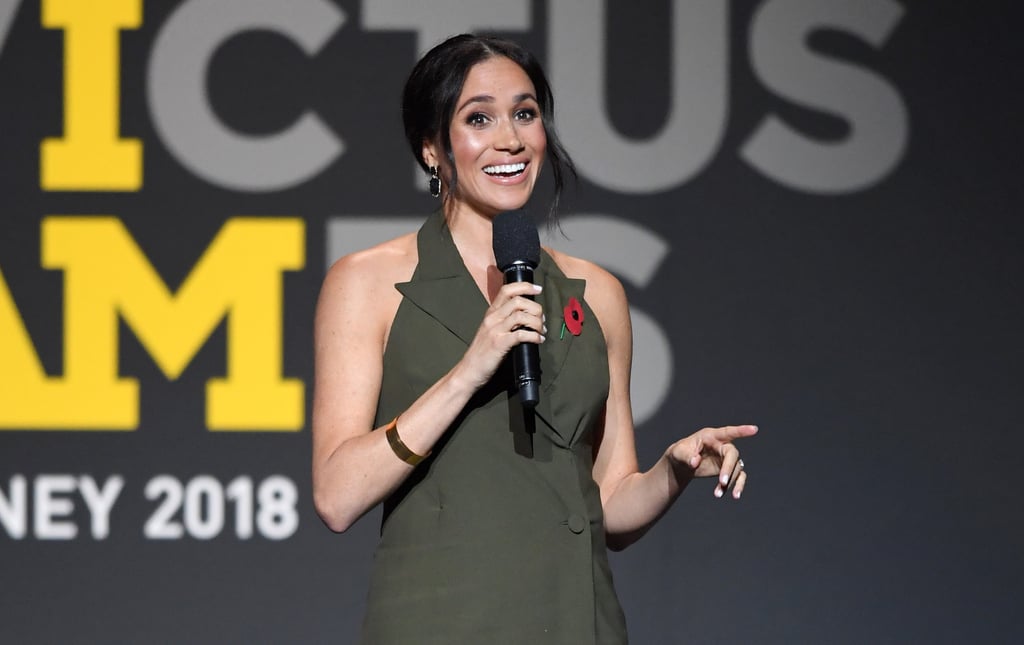 As the Invictus Games in Sydney came to an end on Saturday, fans were treated to inspiring speeches not just from the founder, Prince Harry, but also from his new wife, Meghan. The Duchess of Sussex took to the stage to rapturous applause and cheering, as she spoke about supporting Harry and praised the "Invictus spirit" at the heart of the Games. Harry, meanwhile, praised the participants and thanked everyone involved in making this one of the most spectacular Games yet.

The Invictus Games have always been a big part of Harry and Meghan's story. It's part of the reason they first met, and it was at the Toronto Games in 2017 that they made their first public appearance together. Now, as husband and wife, and with a baby on the way, it is clearly a truly special event for them as a family. Keep reading to see snippets of their speeches, plus plenty of photos from the glittering closing ceremony.