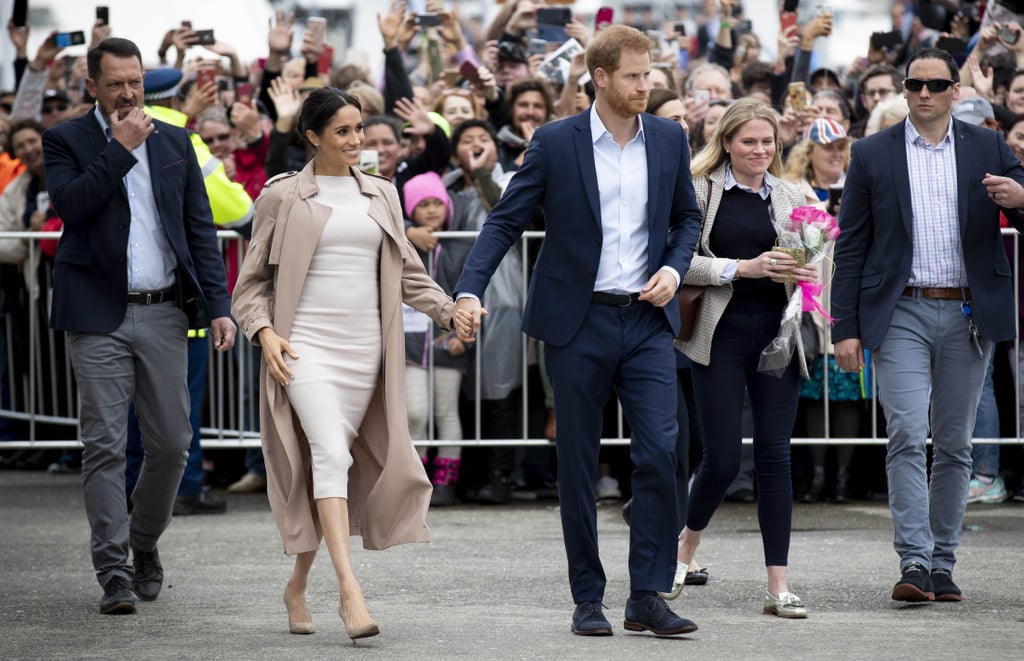 There may be a handful of Meghan Markle look-alikes out in the world, but Prince Harry wants everyone to know that his wife is one of a kind. While greeting a crowd in New Zealand on Tuesday, Meghan stumbled across a fan who bore a striking resemblance to her. After nearby onlookers pointed it out to Harry, he, of course, had the sweetest response: "There's only one person that looks like my wife." Aw! Harry and Meghan have been serving up so many cute moments during their royal tour of Australia and New Zealand, and it's clear he only has eyes for Meghan.