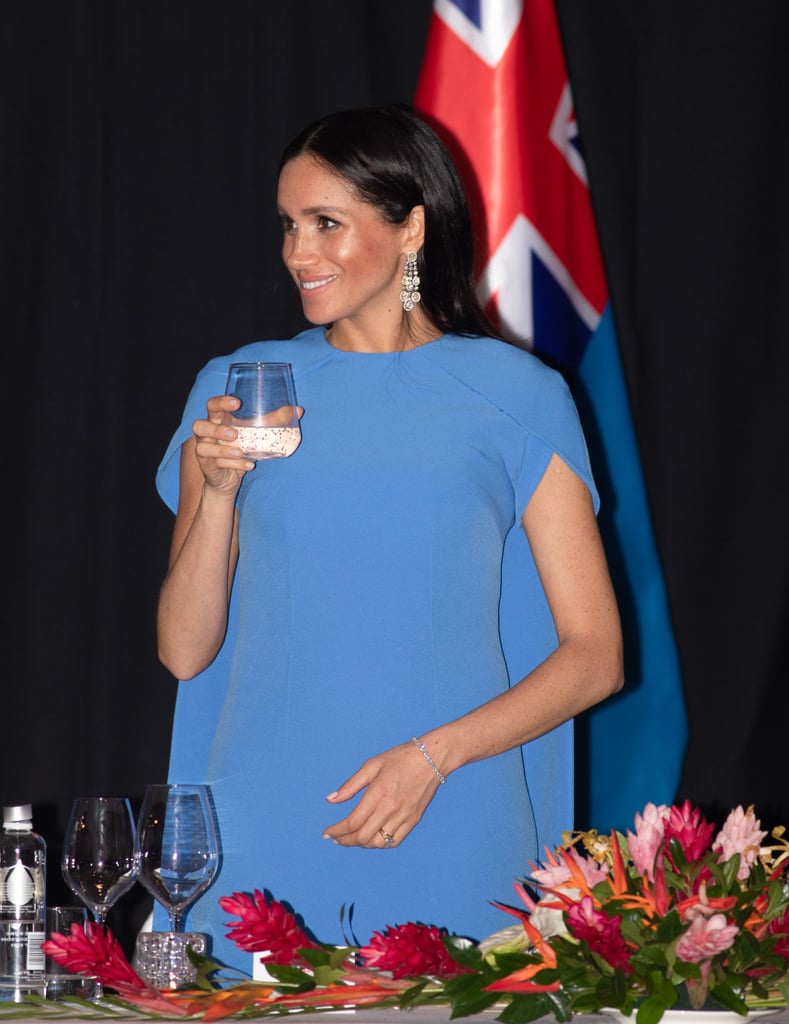 Prince Harry has been just about as supportive and adorable as possible while jetting around Australia for his first royal tour with Meghan Markle. He showed off his chivalrous side while helping his expectant wife take off her espadrille wedges on the beach. Then, he made us swoon by giving a sweet shout-out to Meghan and their future baby during his Invictus Games Opening Ceremony speech. And now, he's adding to the ever-growing list with yet another heart-warming moment in Fiji.

On Oct. 23, the Duke and Duchess of Sussex attended state dinner hosted by Fiji's president, looking as glamorous as ever — Meghan in a bright blue cape gown and Harry in a tuxedo decorated with a few military medals. During the reception, Harry reportedly toasted with water to stand in solidarity with his wife, who can't drink alcohol for the next few months due to her pregnancy. Just let that settle in for a moment, folks. I mean, how freakin' adorable and selfless is that?! Get you a man who will refuse a glass of champagne so you don't feel left out when you've got a bun in the oven.