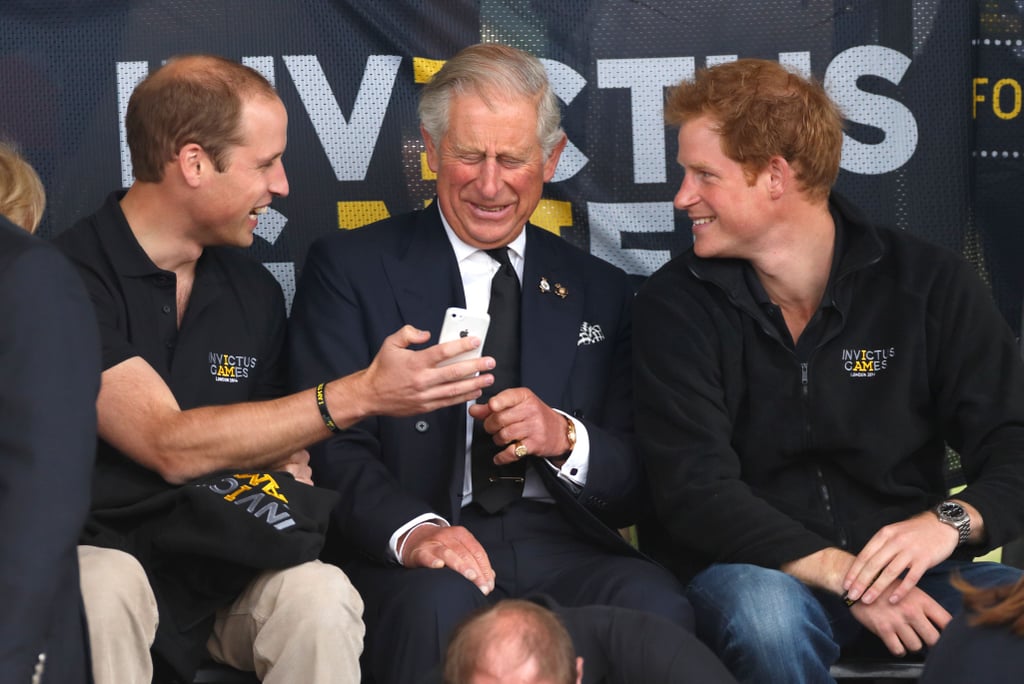 Prince William and Prince Harry have never made any secret of their admiration for their dad, the Prince of Wales, often praising his hard work and the support he's given them. And in a new BBC program to mark Charles's 70th birthday, the Duke of Cambridge and the Duke of Sussex couldn't hide just how much they think of their "pa."

In Prince, Son and Heir: Charles at 70, the two princes laughed about the quirky habits he's given them that leave Meghan and Kate surprised and spoke about how far ahead Charles was with some of his campaigns and ideas. In their interviews, both princes underlined the importance they place on Charles's influence over them. And they made it clear just how much they love their dad by publicly asking him to take it a bit easier so they can have him around for a lot longer.

From conserving energy to stepping in on one of the biggest days of their royal lives, here's how William and Harry have just confirmed all over again that this royal father/son act is all about love.

Related:
Prince Charles Is Totally Smitten With His Grandkids, and He Doesn't Care Who Knows It
Previous Next Start Slideshow
The RoyalsPrince WilliamPrince HarryPrince CharlesThe British Royals