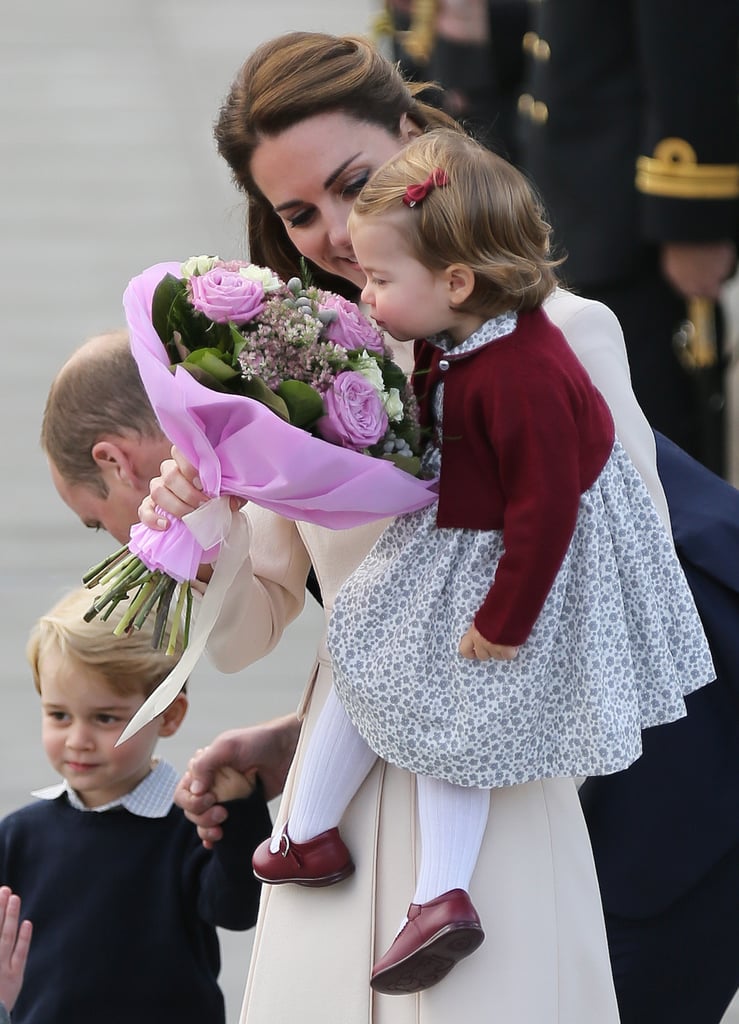 Princess Charlotte looked too cute while getting a whiff of some flowers in Victoria, British Columbia, on Saturday. Before waving goodbye to well-wishers and boarding a sea plane that would take them home to England, the tiniest royal and her mom, Kate Middleton, were presented with a bouquet by a young boy. After shaking his hand and accepting the flowers, Kate let her 1-year-old get a sniff. Charlotte looked to be both amused by and curious about the pretty roses. The royal family wrapped up their time in Canada after a whirlwind eight days of events. Charlotte and her 3-year-old brother, Prince George, were also able to get in on the fun when they attended a children's party for military families last week, and we scoped out lots of similarities between Charlotte and George's first official tours.