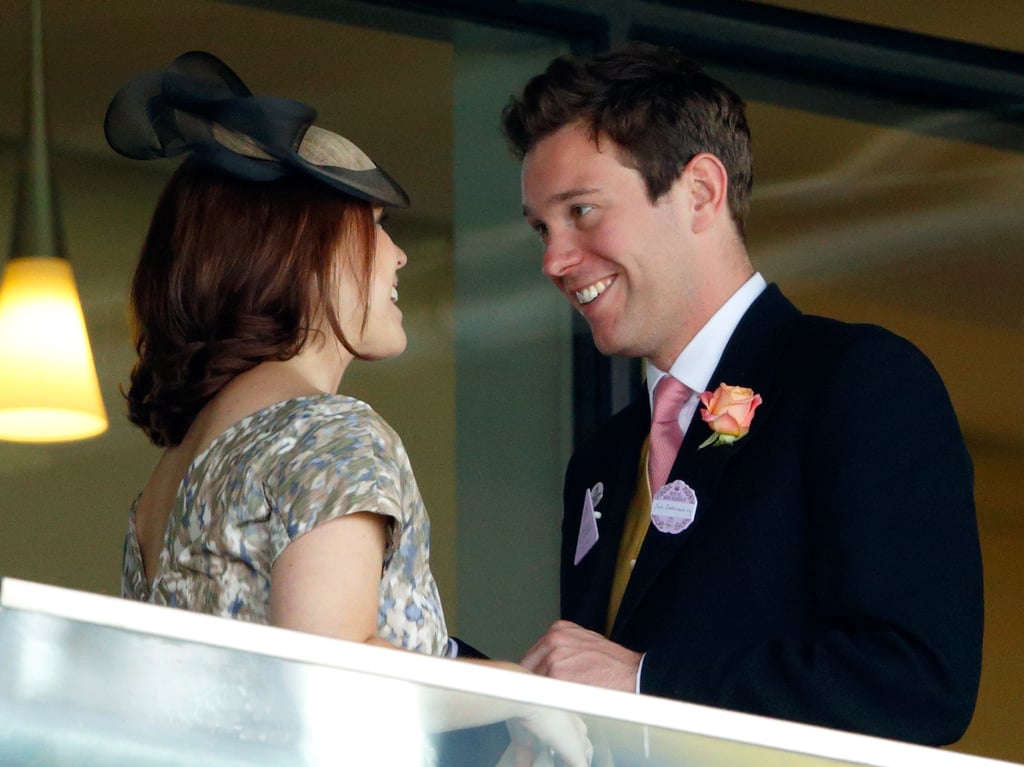 When Princess Eugenie announced her engagement to long-term boyfriend Jack Brooksbank, we were immediately excited. After all, it's not often we get two big royal weddings in one year! Eugenie and Jack, who works in hospitality, dated for seven years before he popped the question, and during that time we've had a glimpse at their relationship as they've attended events like Royal Ascot and the Chelsea Flower Show, as well as Pippa Middleton and James Matthews's 2017 wedding. They're often seen giggling and sharing secret smiles, and it's easy to see how much love they share. While we impatiently await their October wedding, take a look back at some of their sweetest moments over the years. We're sure there are plenty more to come.

Kate Middleton
Is It Just Us, or Is Kate Middleton Taking Bolder Beauty Risks?
by Jessica Harrington 21 hours ago