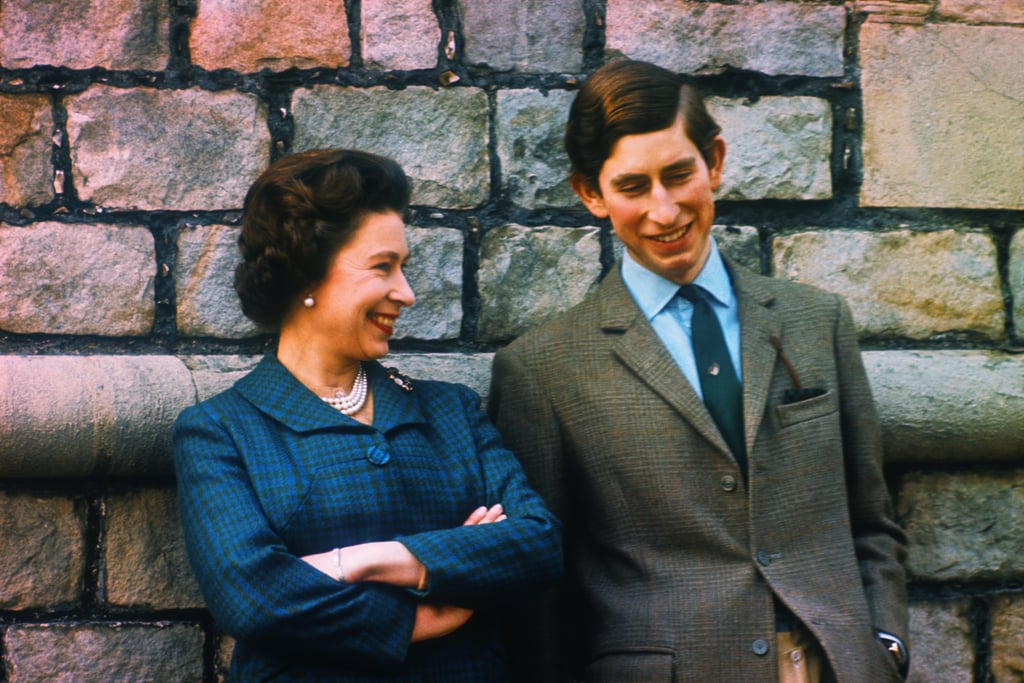 Prince Charles celebrated his 70th birthday with a fun family bash at Buckingham Palace on Wednesday that brought out his sons, Prince William and Prince Harry, and their respective wives, Kate Middleton and Meghan Markle. The event was also attended, of course, by Charles's mom, Queen Elizabeth II, who gave a lighthearted and sentimental speech about her firstborn heir. "It is a privilege for any mother to be able to propose a toast to her son on his 70th birthday; it means that you have lived long enough to see your child grow up," her majesty said, then alluded to Charles's well-known love of gardening and the environment: "It is rather like — to use an analogy I am certain will find favor — planting a tree and being able to watch it grow."

No stranger to throwing out a savage one-liner, the queen continued with a clever joke inspired by her own mom, the queen mother. "My mother saw me turn 70, of course. And she was heard to observe that 70 is exactly the age when the number of candles on your cake finally exceeds the amount of breath you have to blow them out." Classic!

"Over his 70 years, Philip and I have seen Charles become a champion of conservation and the arts, a great charitable leader, a dedicated and respected heir to the throne — to stand comparison with any in history — and a wonderful father," the queen went on. "Most of all, sustained by his wife, Camilla, he is his own man, passionate and creative. So this toast is to wish a happy birthday to my son, in every respect a duchy original. To you, Charles. To the Prince of Wales." By the way, Duchy Originals is the leading organic UK food brand that Charles founded in 1990, which gives all its profits to charitable causes.

Related:
The Queen's Reaction to Prince Charles Calling Her "Mummy" Is Priceless

While the queen was able to toast her son at his party, she was noticeably absent from the recent family photos taken to commemorate Charles's big milestone. It's alleged that she may have opted to give Charles the spotlight and introduce him and his family as the next generation of the British monarchy. In honor of Charles's birthday and the queen's sweet speech, scroll through for a few of their cutest photos together.