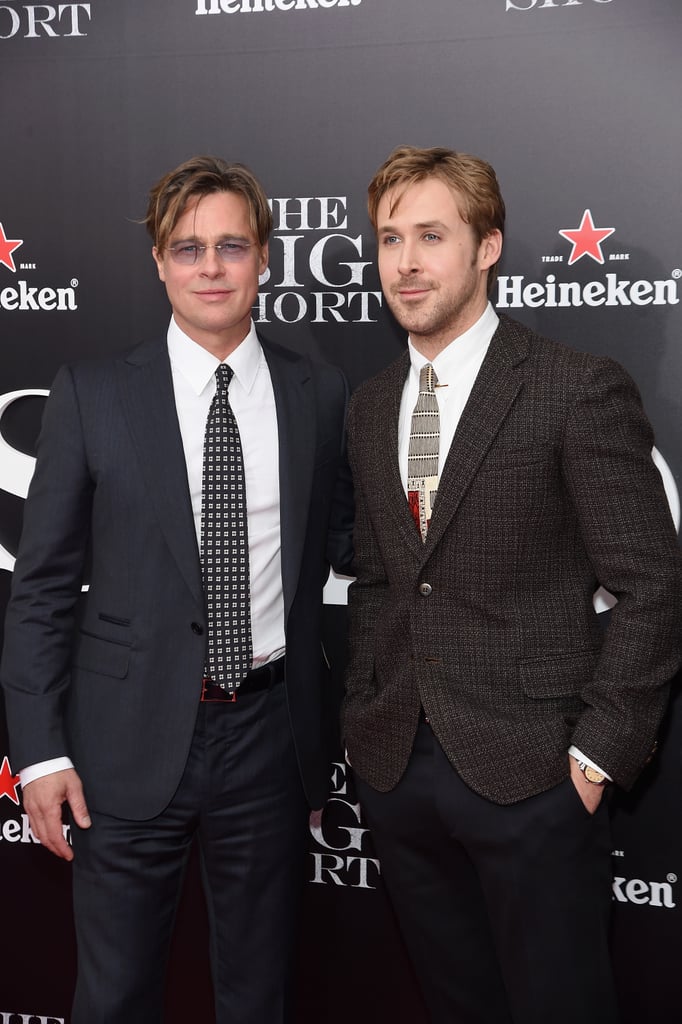 Brad Pitt and Ryan Gosling were front and center at the premiere of their new film The Big Short in NYC on Monday, looking dapper as always. The handsome actors were joined by their costars Steve Carell and Finn Wittrock, who was accompanied by his lovely wife, Sarah Roberts. Missing from the fun, though, were Max Greenfield and Christian Bale, who popped up at the premiere of the movie during AFI Fest in LA earlier this month.

Brad recently made headlines when he and Angelina sat down for a rare joint interview with Tom Brokaw for NBC's Today and spoke about their working relationship and how Brad handled Angelina's medical procedures. Brad revealed he was in France when he found out about Angelina's health scare, saying, "I was out in France, and Angie called me and I got straight on a plane to return." Read on to see the best moments from the night, and then check out the trailer for The Big Short, which hits theaters on Dec. 23.