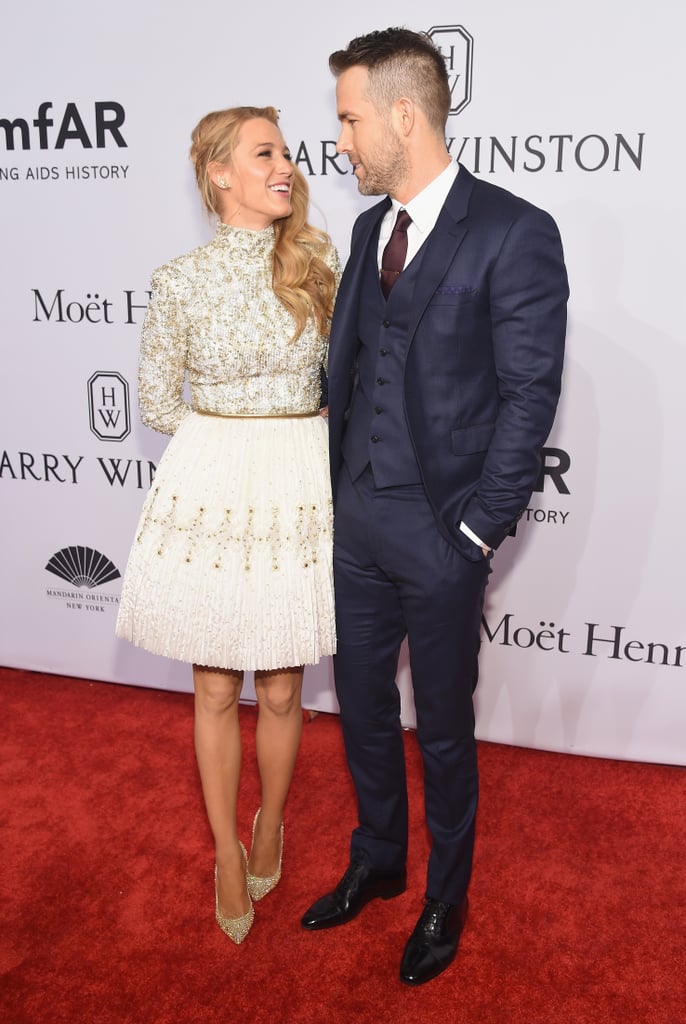 Blake Lively and Ryan Reynolds were a vision when they arrived at the annual amfAR New York Gala at Cipriani Wall Street on Wednesday night. Blake, who looked like a princess in a beaded white dress, exchanged a handful of loving glances with her husband on the red carpet, adding to their long list of cute moments together.

Ryan has made a string of fun appearances all month long, from a hilarious interview on Live With Kelly and Michael to a Deadpool fan event with Blake in NYC. Most recently, the actor dropped by The Tonight Show, where it was announced that he was People's Sexiest Dad Alive and he played a competitive game of Musical Beers with Katie Holmes. Keep reading to see more of Blake and Ryan's glamorous night out, and then check out what Ryan recently revealed about his daughter's name.