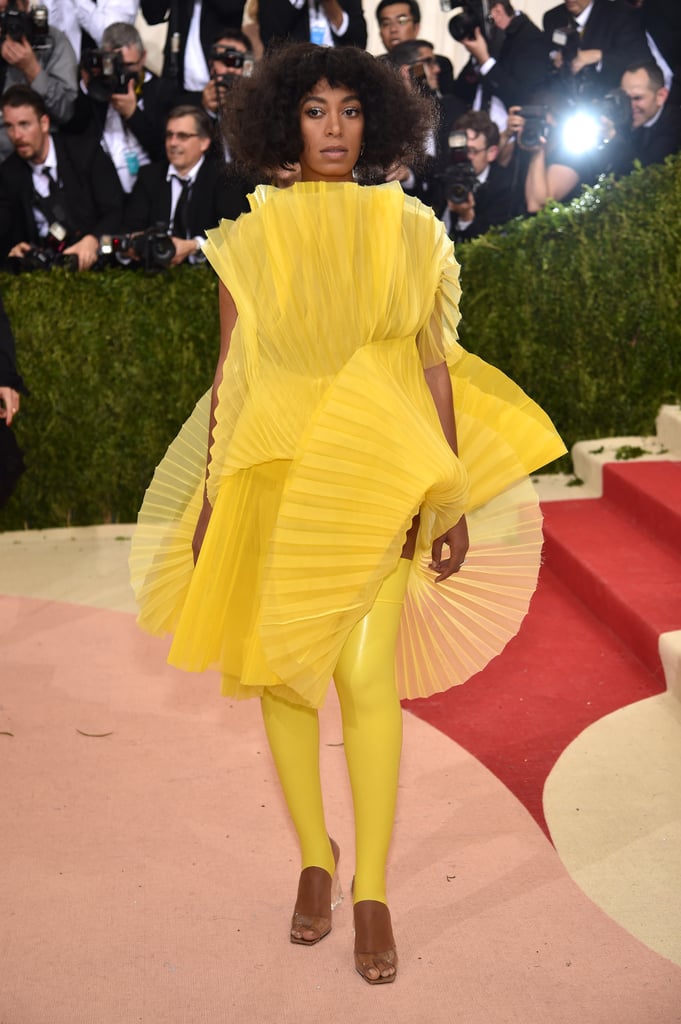 Solange Knowles's Lemonade-Inspired Met Gala Look Is Anything But Sour

Solange Knowles made a splash when she hit the red carpet at the Met Gala in New York City on Monday. The "Losing You" singer seemed to give big sister Beyoncé, who was also in attendance, a shout-out by dressing in a bright yellow ensemble, which could reference Bey's new album, Lemonade.

While Solange's history with the Met Gala hasn't exactly been smooth (that infamous elevator incident with Jay Z happened in 2014, and she also attended with Rachel Roy, the rumored "Becky with the good hair," in 2012), she appeared to have a great time this year. After the event, Solange, who took a dig at a mystery Met Gala guest via Twitter, met up with her sister at the Balmain and Olivier Rousteing afterparty. Keep reading to see more of her night, then check out her wild outfit from 2015!