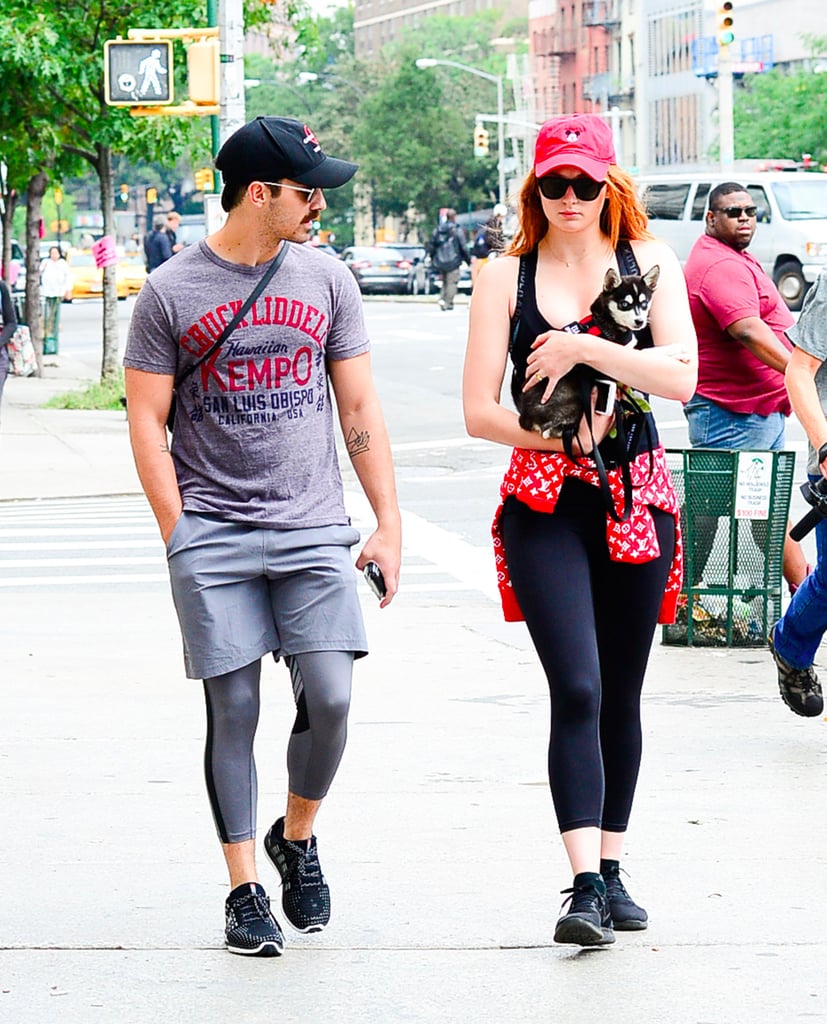 Sophie Turner and Joe Jonas have taken a big step in their sweet romance: they adopted a dog together! The couple, who have been dating since last November, were photographed with their adorable Siberian Husky puppy in NYC on Thursday. Dressed casually in workout gear, the pair, who named the little guy Porky Basquiat, showed a little PDA as they held their dog and also let him walk while exploring the city. Sophie also gushed about Porky on social media, posting a photo of him chewing on a stick earlier this month while also revealing he has his own Instagram handle. Is it just us, or does Porky remind you a lot of the direwolves on Game of Thrones?