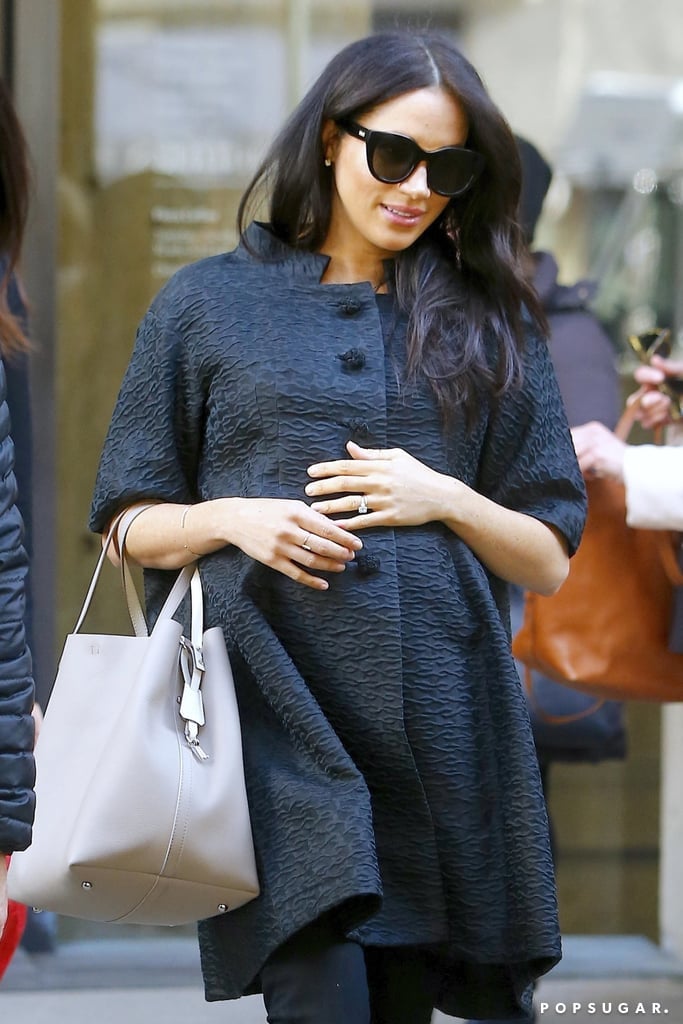 Meghan Markle celebrated the upcoming arrival of her first child with a star-studded baby shower in NYC on Wednesday. The affair cost nearly $200,000 and brought out some of Meghan's closest friends including BFF Jessica Mulroney, Serena Williams, Amal Clooney, and Gayle King. So, what does one get for someone who has everything? Well, we're not entirely sure.

During Gayle's appearance on CBS This Morning, the news anchor revealed that the Duchess of Sussex held off on opening gifts because she wanted to do it back home with Prince Harry. "She didn't open any of the gifts because she wants to do that when she and Harry are back together," Gayle said. "A good time was had by all, that's what I'll say."

Even though Meghan may not have opened any gifts, she and the guests did partake in dessert tasting and flower-arranging lessons. "They did flower decorations. They had flower arranging; they brought in someone to explain how to arrange flowers. We each all made an individual vase," Gayle explained. "Meghan got in touch with an organization I've never heard of, Repeat Roses, and all of those were donated to different charities. I thought that was a very sweet thing. It just speaks to who she is. She's very kind, she's very generous, and a really, really sweet person." Aw!

Remember when Harry and Meghan did the same thing with their wedding flowers? These two really do have hearts of gold. Now that Meghan is back in London with Harry, hopefully she'll get to open her gifts before they head off to Morocco this weekend!

Related:
Beyoncé and JAY-Z Accept Their Brit Award With a Stunning Ode to Meghan Markle

"I've never seen anything like this at a baby shower."@GayleKing says guests made flower arrangements at Meghan Markle's baby shower that @RepeatRoses donated to different charities. "It just speaks to who she is." 🌹👶 pic.twitter.com/IlCpZ6ZpeZ