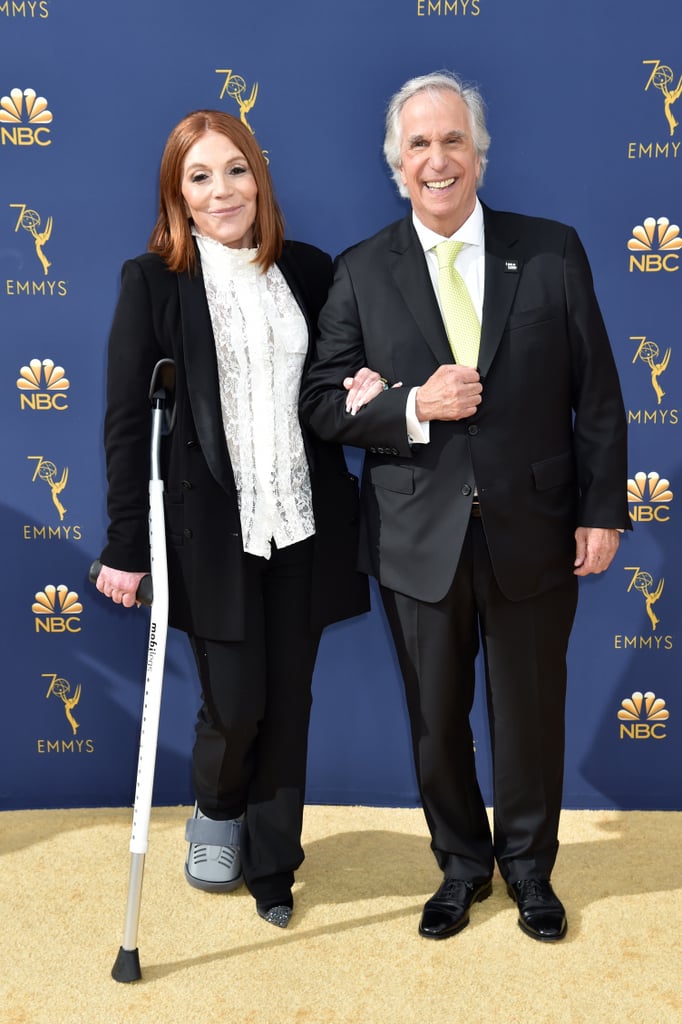 It seems so rare anymore to see a couple stay together for decades, let alone a couple in Hollywood. But Emmy winner Henry Winkler and his wife, Stacey Weitzman, have been together for 40 years and still look as adorable and in love now as they were in the '70s. The two made a stunning appearance at Monday's Emmy Awards, where Henry took home the award for best supporting actor in a comedy for his role on HBO's Barry — his first Emmy of his entire career. Stacey's been by his side all this time as he worked his ass off to earn this award, so here's what you need to know about her.

Related:
Fonzie and Richie Forever! This Happy Days Reunion at the Emmys Is What We Needed
Previous Next Start Slideshow
Celebrity CouplesEmmy AwardsAward SeasonTVHenry Winkler