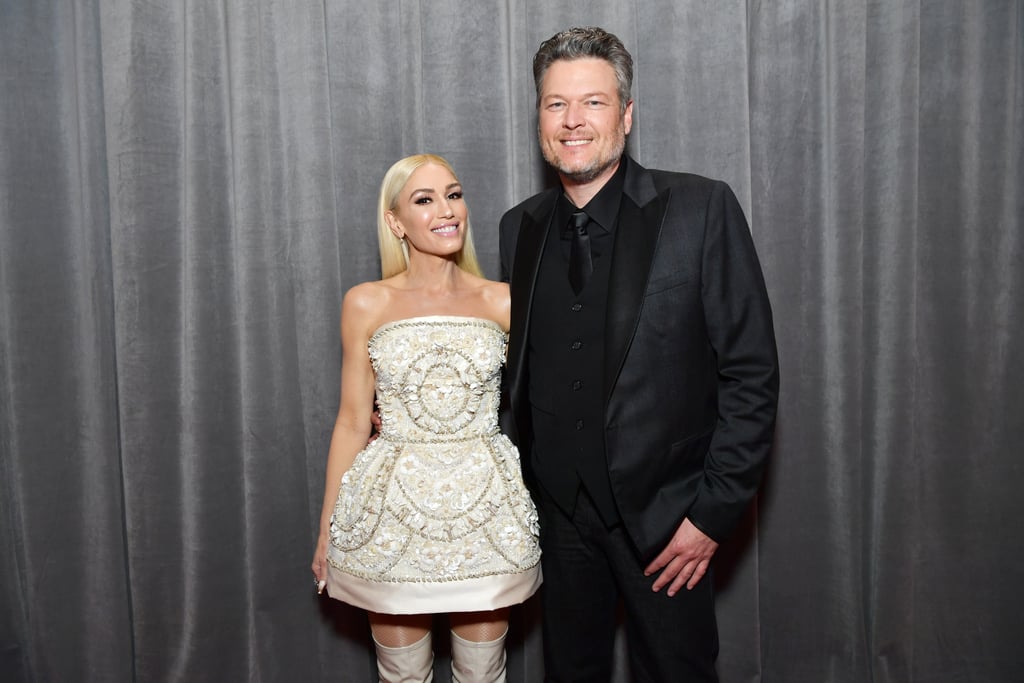 Gwen Stefani and Blake Shelton have officially tied the knot! According to People, the couple wed at Blake's Tishomingo ranch in Oklahoma on Saturday. Gwen and Blake previously sparked marriage rumors after Gwen was spotted in Santa Monica on June 12 wearing a diamond wedding band alongside her engagement ring. The "Let Me Reintroduce Myself" singer also recently had an intimate bridal shower with her family and friends.

Gwen and Blake first met as coaches on The Voice in 2015 and struck up a romance following their respective divorces from Gavin Rossdale and Miranda Lambert. Gwen also shares three children with Gavin, 15-year-old Kingston, 12-year-old Zuma, and 7-year-old Apollo. In October 2020, Blake popped the question at their ranch in Oklahoma, and they've been going strong ever since. Ahead, see photos of what appears to be Gwen's sparkly new wedding band, then get details on her two Vera Wang Haute wedding dresses.

Emma Corrin
Is Emma Corrin Single? What We Know About the Star's Dating Life
by Michele Mendez 19 hours ago 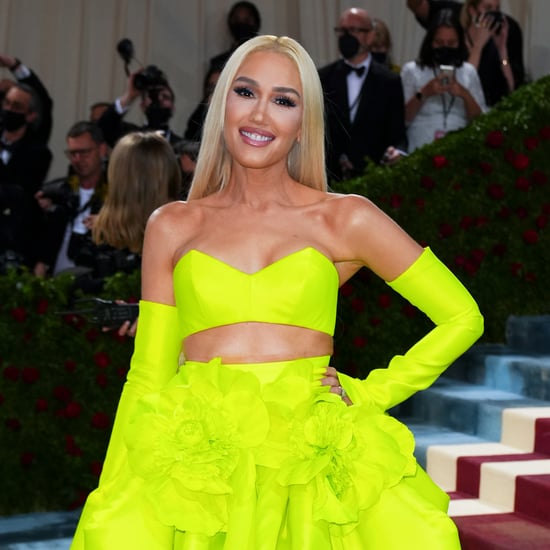