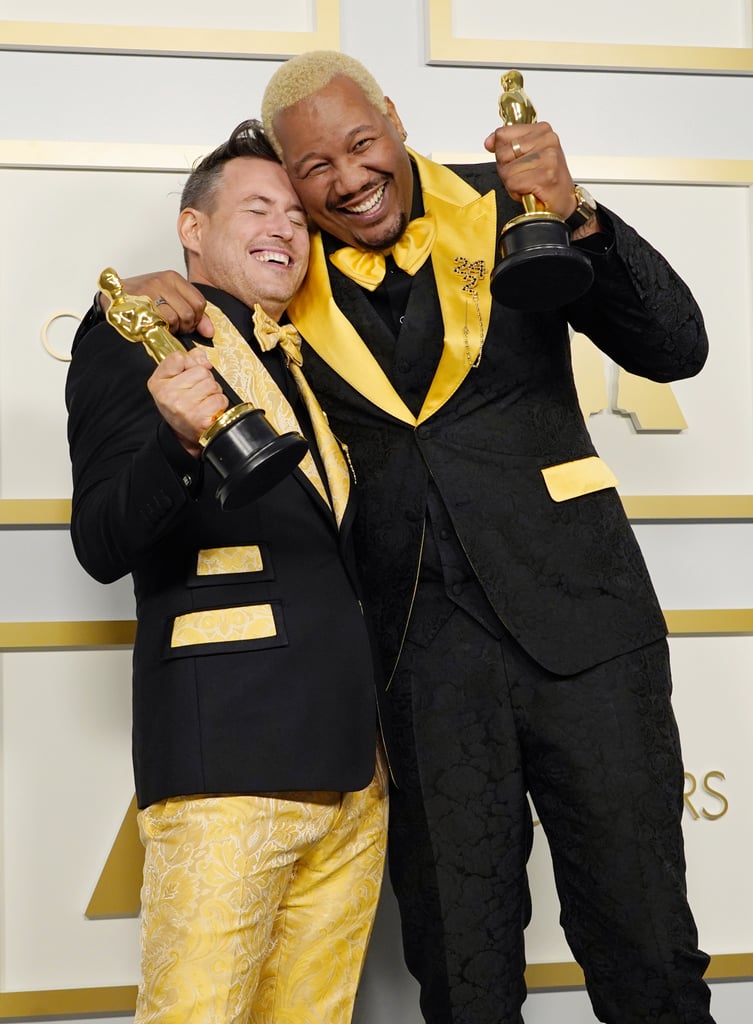 What an Evening! See the Very Best Photos From This Year's Oscars Right Here

The biggest night in Hollywood has finally been celebrated! After a two-month delay due to COVID-19, the 2021 Oscars were held in person at both Union Station and the Dolby Theatre in Los Angeles on Sunday night, and believe it or not, masks were not mandatory. While it wasn't the "normal" Oscars setup that we're used to, the event sure had a refreshing movie-swept look featuring colorful opening credits and fun camerawork that made it a treat to see. The red carpet event even had a fun twist to it with a few never-before-seen looks and eye-catching ensembles that you'll feel honored to have witnessed.

The show itself also had a handful of standout moments: writer-director Thomas Vinterberg — who won best international feature film for Another Round — shared an emotional speech that brought the room to a standstill; Mia Neal and Jamika Wilson became the first Black women to win an Oscar for makeup and hairstyling; and Chloé Zhao brought home a trophy for best picture and was the first nonwhite woman and second woman ever to receive an Oscar for best director. Among the wins, there were a handful of notable presenters, like Regina King, who captured the audience's attention with her fun monologue and composed demeanor.

With some theatrical changes and a new COVID-friendly approach, there are probably a few things you might have missed. Keep reading to see the best photos from Oscars night, then check out all the winners to ensure you're up to date.

Movies
Believe It or Not, "Cocaine Bear" Is Loosely Based on Real-Life Events
by Alicia Geigel 13 hours ago

Movies
35 of the Most Anticipated Movies of 2023, From "The Little Mermaid" to "Dune: Part II"
by Victoria Edel 14 hours ago