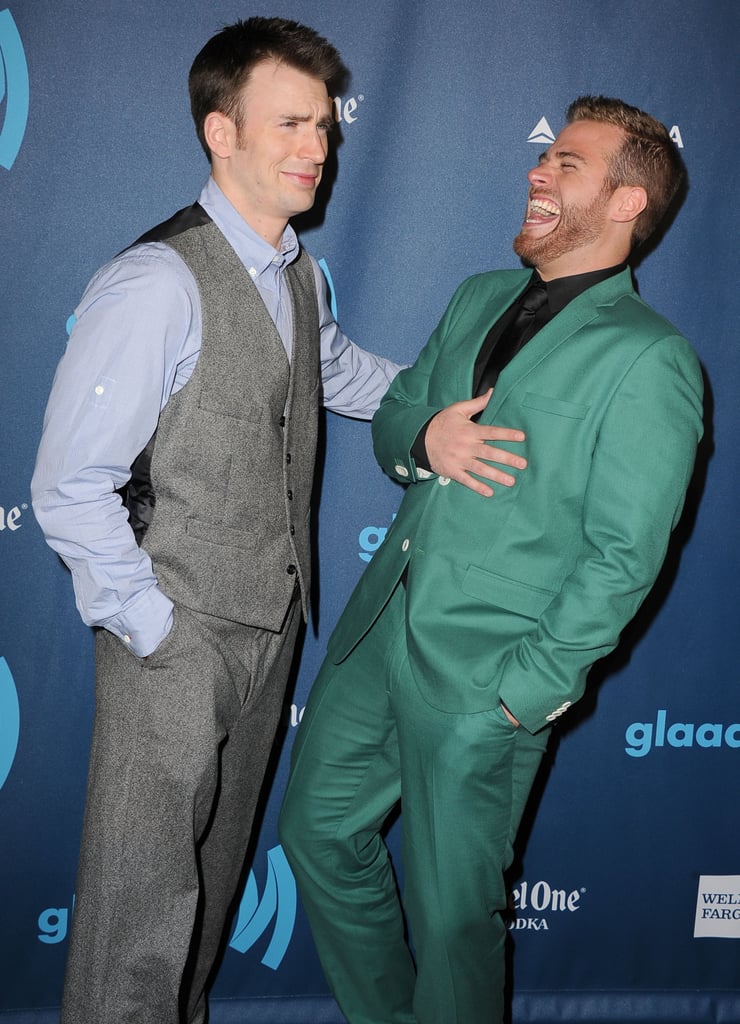 Between Chris and His Brother Scott, We're Wondering How We Can Join the Evans Family

We're sure you're familiar by now with the wonderfully chivalrous and preferably shirtless Chris Evans. But if you weren't already aware that Chris has a just-as-sexy younger brother, then we're about to make your day. Scott Evans is two years younger than the former Captain America, and he shares more than just good looks with his brother — he is also an actor himself.

Though Scott is probably best known for his role as Oliver Fish on One Life to Live, he's also appeared in shows like Fringe, White Collar, and Looking, and most recently, he's played the recurring role of Oliver on Grace and Frankie. Scott (as well as his two sisters and mother) often accompanies Chris on the red carpet, and when these two bros step out together, the hotness is almost too much to handle. Just look at these adorable pics of the Evans brothers together to see what we mean.