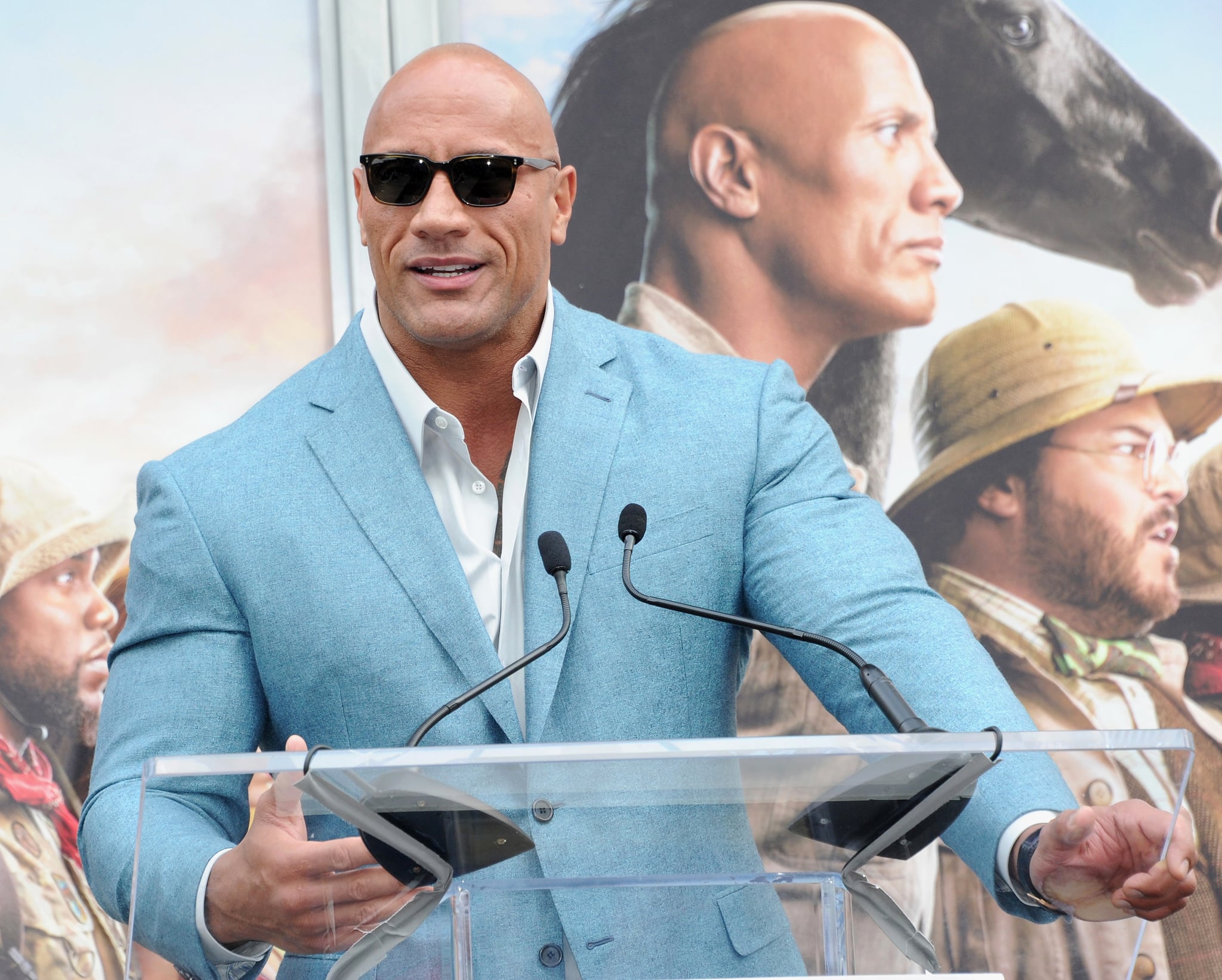 The new sitcom Young Rock features a fictionalized version of Dwayne "The Rock" Johnson's life, and it starts with a future Johnson running for president in 2032. Is he considering a presidential run in real life? Not right now — but it's definitely something he hasn't ruled out, either.

"I would consider a presidential run in the future if that's what the people wanted," Johnson told USA Today. "I mean that — not flippant in any way with my answer. That would be up to the people, and I take a lot of pride in serving the audience and the consumer and people, in a variety of different ways . . . So I would wait and I would listen. I would have my finger on the pulse and my ear to the ground."

It's not the first time Johnson has mentioned that he's considering public service as the next step in his career. "A year ago, it started coming up more and more. There was a real sense of earnestness, which made me go home and think, 'Let me really rethink my answer and make sure I am giving an answer that is truthful and also respectful.' I didn't want to be flippant — 'We'll have three days off for a weekend! No taxes!'" he told GQ in a 2017 profile. "I think that it's a real possibility."

Even earlier, back in 2016, he was interviewed by the British offshoot of GQ and had a similar line of thought. "I'll be honest, I haven't ruled politics out," he said. "I'm not being coy when I say that, but at the moment I am not sure. I can't deny that the thought of being governor, the thought of being president, is alluring. And beyond that, it would be an opportunity to make a real impact on people's lives on a global scale. But there are a lot of other things I want to do first."

It's unclear what a presidential run (or any political run) would look like for Johnson. In 2000, he spoke at the Republican National Convention, but in 2020, he endorsed Joe Biden and emphasized that he is a registered independent. "As a political independent & centrist, I've voted for both parties in the past. In this critical presidential election, I'm endorsing @JoeBiden & @KamalaHarris," he tweeted, adding, "Progress takes courage, humanity, empathy, strength, KINDNESS & RESPECT.
We must ALL VOTE." Obviously, third-party candidates have historically never broken through in the presidential election — though they have won other seats, up to and including Senate seats — so affiliation is just one of many questions that would surround a Johnson presidential run. For now, it's just a fun storyline on Young Rock, but we'll be keeping an eye out to see if reality does imitate fiction eventually!