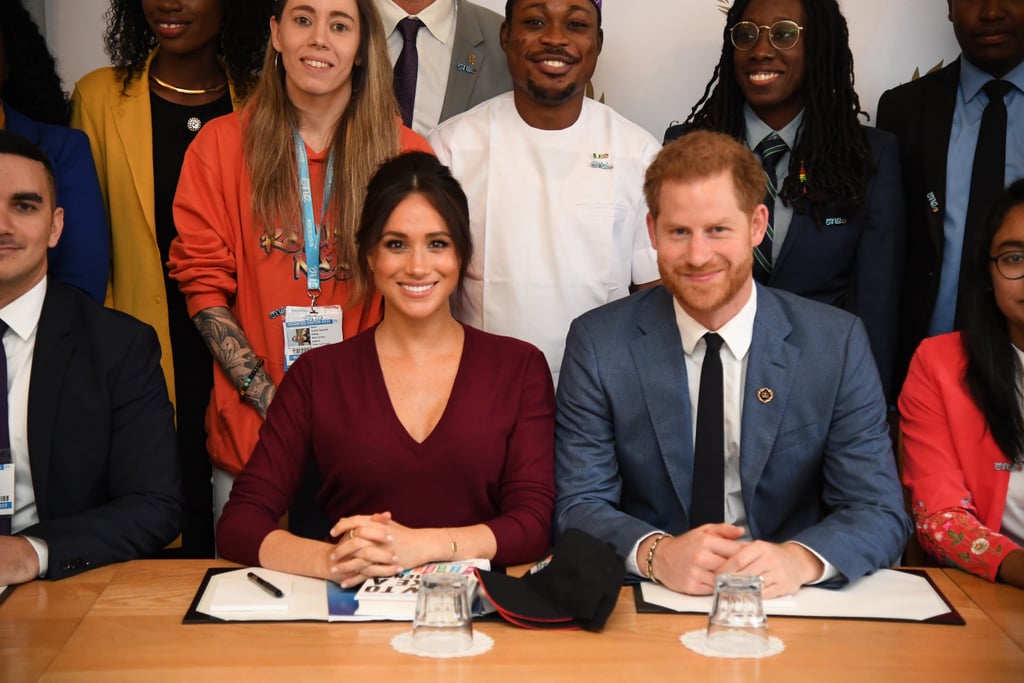 Meghan Markle and Prince Harry stepped out for their first engagement after the royal tour of Southern Africa (and the subsequent documentary that aired on ITV), and it was a subject that the duchess is extremely passionate about.

On Friday, Meghan attended a roundtable discussion with ambassadors for One Young World, an initiative to support young leaders globally. She was joined by some of the leaders and also Harry, who wasn't initially scheduled to attend. However, as the president for The Queen's Commonwealth Trust — who works in collaboration with One Young World — it made perfect sense that he joined her. The roundtable discussion focused on the topic of gender equality and inclusion worldwide, as well as the steps they'll take in working together to improve global equality.

Meghan highlighted during the group meeting that "you can't have a conversation about women's empowerment with just women," which is one of the reasons for Harry's surprise appearance. She jokingly followed this by saying, "So for this reason, it made complete sense to let [Harry] join today. So thank you for letting him crash the party."

Earlier in the week, Meghan made a special appearance at the One Young World Summit at the Royal Albert Hall where she joined 2,000 young leaders from 190 countries to address the issue of gender equity worldwide.

Ahead, see all of the photos of Meghan and Harry from the important roundtable discussion.

Meghan Markle
Meghan Markle Reacts to Abortion Ruling: "What Happens With Our Bodies Is So Deeply Personal"
by Yerin Kim 1 week ago