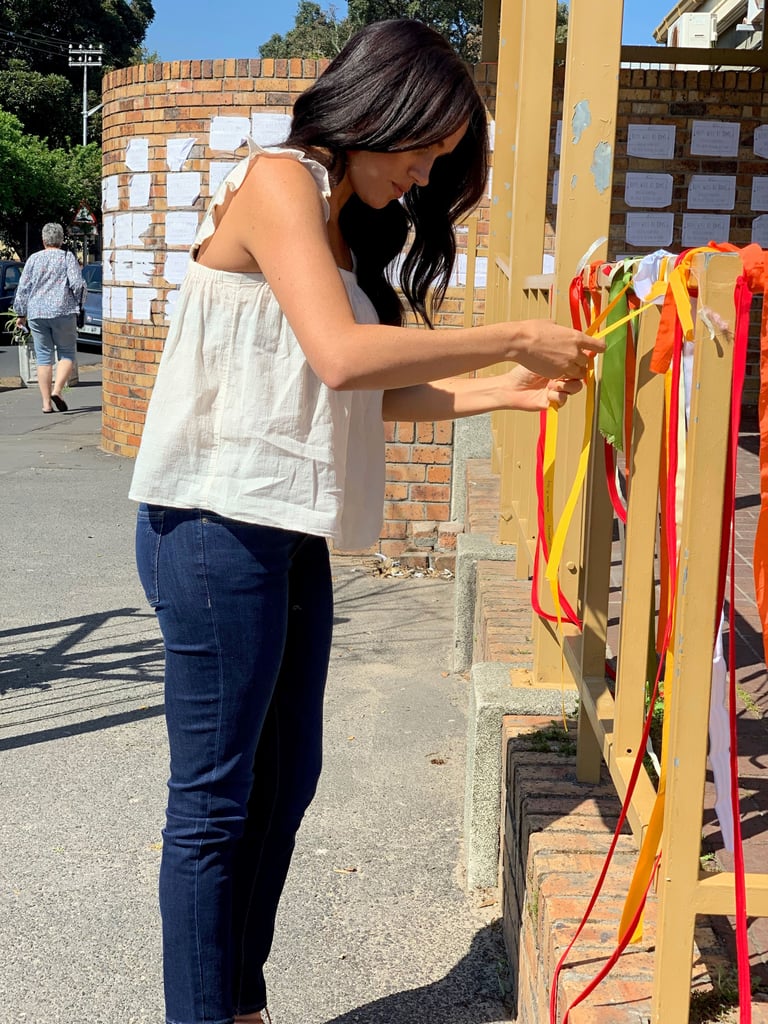 Meghan Markle Visits the Memorial of Murdered South African Student: "We Stand Together"

While Prince Harry continues his Southern Africa tour in Angola, Meghan Markle is taking a special trip of her own in South Africa. Earlier in the week, the 38-year-old duchess privately visited the memorial of Uyinene Mrwetyana, a 19-year-old University of Cape Town student who was raped and murdered, allegedly by a post office worker, in late August. At the Clareinch Post Office site, Meghan left a note — written in the land's native Xhosa language — that read, "Simi kunye kulesisimo," which translates to "We stand together in this moment." She also added, "Harry & Meghan 26th September 2019."

Uyinene's tragic death sparked outrage after the young student's body was found burned and dumped at an unidentified location. "The Duke and Duchess had been following what had happened from afar and were both eager to learn more when they arrived in South Africa," the royal couple wrote on Instagram. "The Duchess spoke to the mother of Uyinene this week to relay their condolences." In addition to leaving a handwritten message, Meghan also tied a ribbon at the memorial site to "pay her respects and to show solidarity with those who have taken a stand against gender based violence and femicide." Ahead, read Meghan's full message and learn more about the #AmINext movement in South Africa.