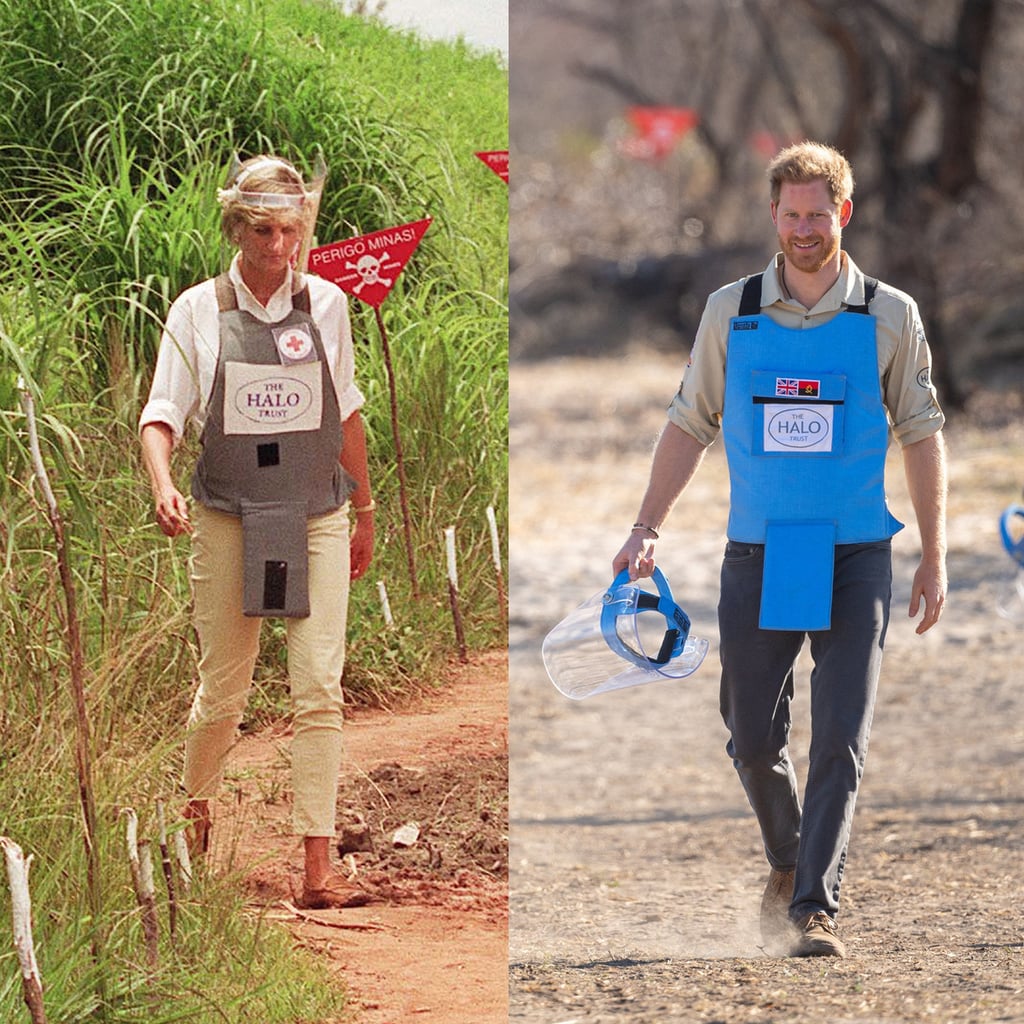 There are many iconic photos of Princess Diana, but perhaps one of the most famous is a shot of her taken in 1997, sporting body armor and a visor as she walks through a minefield in Angola. Diana was there with the Halo Trust, a charity that helps countries recover after conflict, with a focus on clearing landmines to save lives. In the years following Diana's death, her son Prince Harry has worked with the Halo Trust on numerous occasions, and on Friday, he walked in her shoes when he too donned a Halo Trust vest and visited a minefield in Angola for himself, as part of the royal tour of Southern Africa.

"It's incredibly emotional to follow in the footsteps of my mother," the royal said in an Instagram post. "If 20 years ago she hadn't done what she did, this would still be a minefield. To see this as a thriving community is amazing."

Related:
All the Ways Prince Harry Is Following in Princess Diana's Footsteps

It's not the first time Harry has visited a minefield. He made a trip to Cahora Bassa, Mozambique, in 2010 on a similar trip with the Halo Trust. But this visit to Angola is particularly reminiscent of that iconic and game-changing moment in his mother's history. The Halo Trust cites the princess as bringing the landmine issue "to international prominence," and shortly after Diana's visit, the Ottawa Mine Ban Treaty was signed, with the aim of banning them altogether. Over two decades later, Harry's visit continues to raise awareness and fight for a worldwide ban. The poignant photos also show the close connection he still holds to his mother, particularly when it comes to their shared love of Africa and its people.