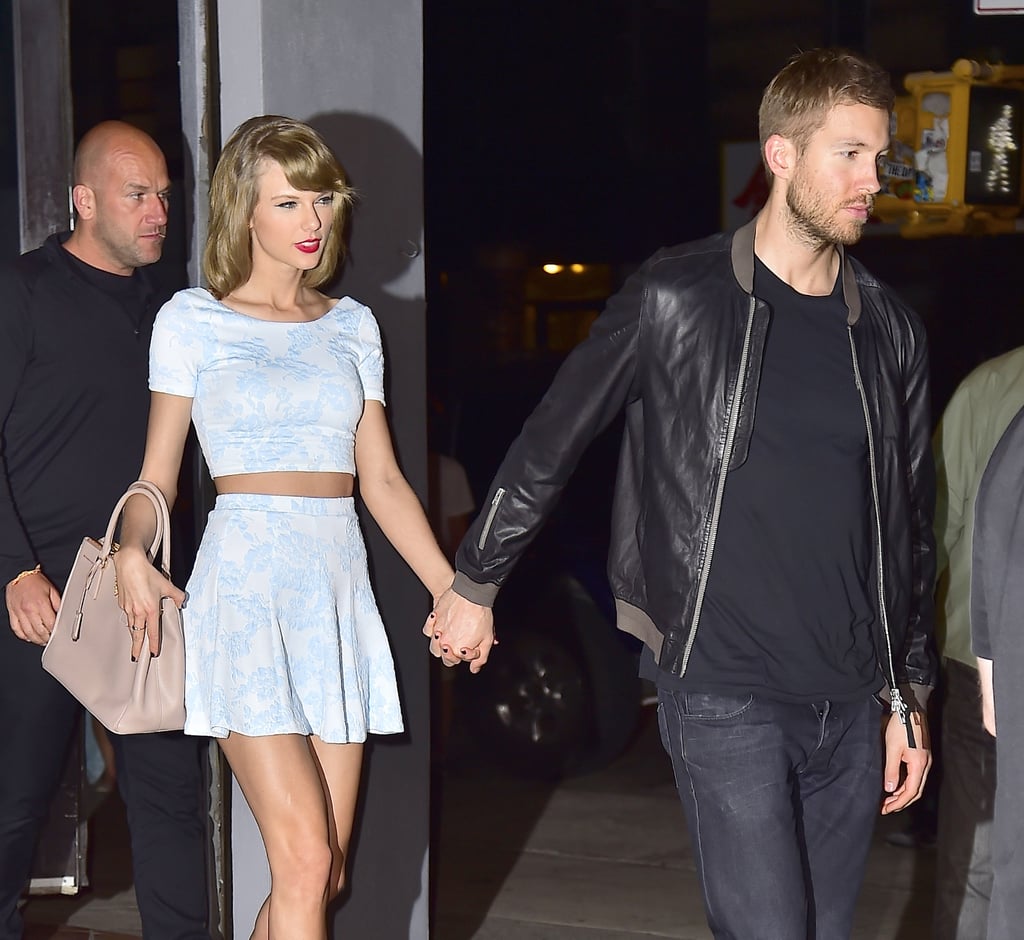 Taylor first met Scottish DJ Calvin Harris when mutual friend Ellie Goulding introduced them at the Elle Style Awards in February 2015. By March, they were inseparable. With their romance clocking in at just over a year, the two went on a number of cute dinner dates and packed in plenty of award show PDA. Although Calvin and Taylor had heaps of nice things to say about each other, they broke up not long after celebrating their one-year anniversary and just shortly after Calvin got into a car crash.

Their split seemed to be amicable at first, but when Taylor was seen kissing Tom Hiddleston two weeks after breaking things off with Calvin, the DJ was left "hurt" and "blindsided," according to sources. Calvin took down the tweet he posted that asserted their breakup was full of "respect" and "love," and he also claimed in a series of tweets that Taylor's team was deliberately trying to make him look bad after it was revealed Taylor wrote Calvin's hit song, "This Is What You Came For." He eventually opened up about his social media rant, saying he just "snapped."