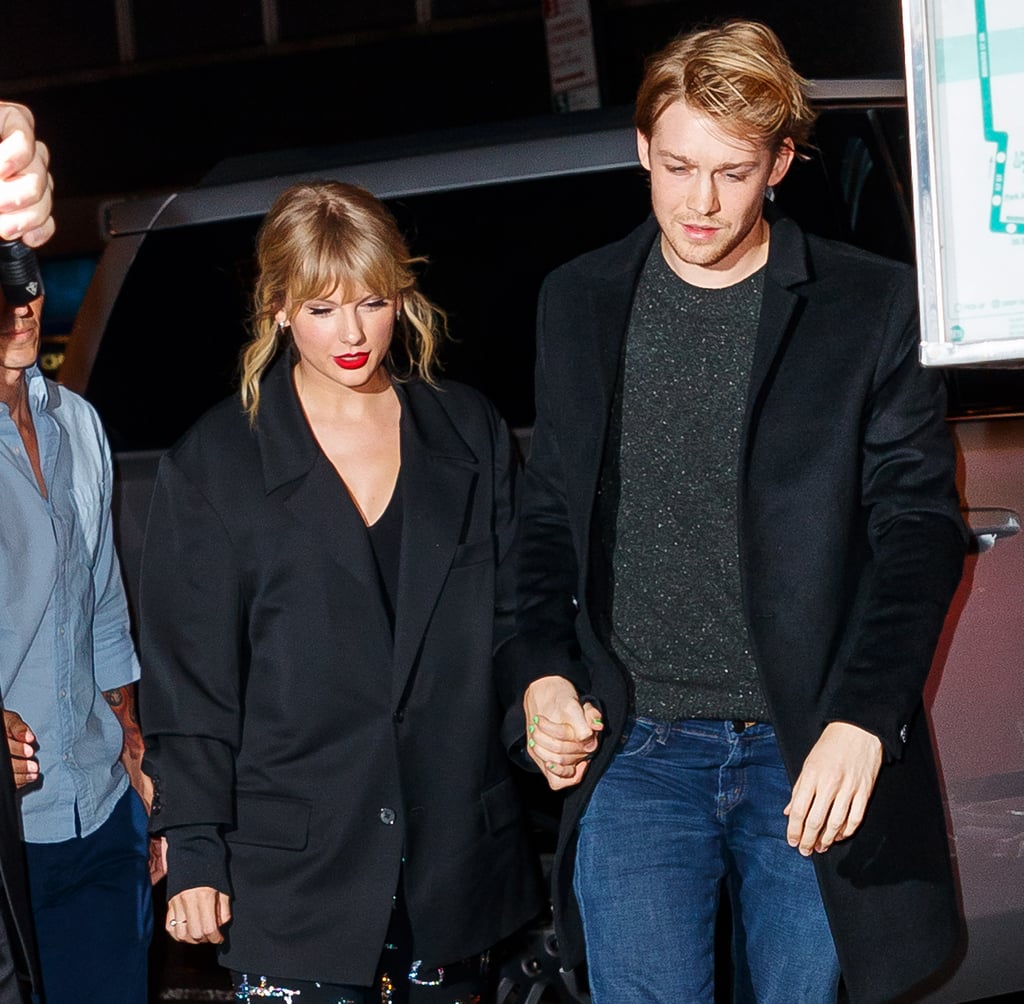 After splitting from Tom Hiddleston (and having a reignited feud with Kim Kardashian and Kanye West), Taylor disappeared almost entirely from the spotlight. She was no longer active on social media, she didn't attend any events, and there were virtually no paparazzi photos of her. But while she laid low professionally, her romantic life was heating up again.

News broke in May 2017 that Taylor was dating English actor Joe Alwyn and that their under-the-radar romance had been going on for months. In one of the deluxe versions of Lover, Taylor alluded that they officially started dating sometime around late September/early October. They've kept their romance pretty under the radar since, but recently, Taylor gave him a shout-out during her acceptance speech at the Grammys. "Joe, who is the first person that I play every single song that I write, and I had the best time writing songs with you in quarantine," she said.

Fast forward to several months later and engagement rumors are still swirling! "They grew closer than ever during the quarantine and she really trusts him," a source told Entertainment Tonight back in May. "They've been continuing to be pretty low-key about their relationship to the outside world to continue to protect it . . . They've discussed future plans and Taylor can see herself marrying Joe one day." Aww!